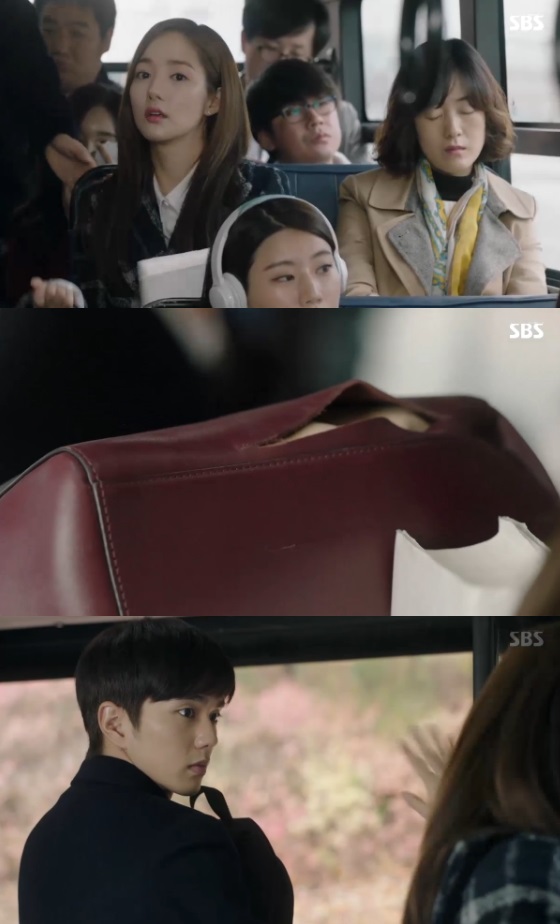 On the first episode of SBS Wednesday & Thursday drama, Lee In-ah (Park Min-young) suspected Seo Jin-woo (Yoo Seung-ho) after her wallet was pickpocketed in a bus.

When In-ah dropped her bag in a bus, Jin-woo picked it up and returned it to her.

Drama "Remember" is a story about a genius lawyer who struggles against authority to free his father of a crime he didn't commit.

"[Spoiler] 'Remember' Yoo Seung-ho and Park Min-young's first encounter doesn't happen to be a congenial one"
by HanCinema is licensed under a Creative Commons Attribution-Share Alike 3.0 Unported License.
Based on a work from this source