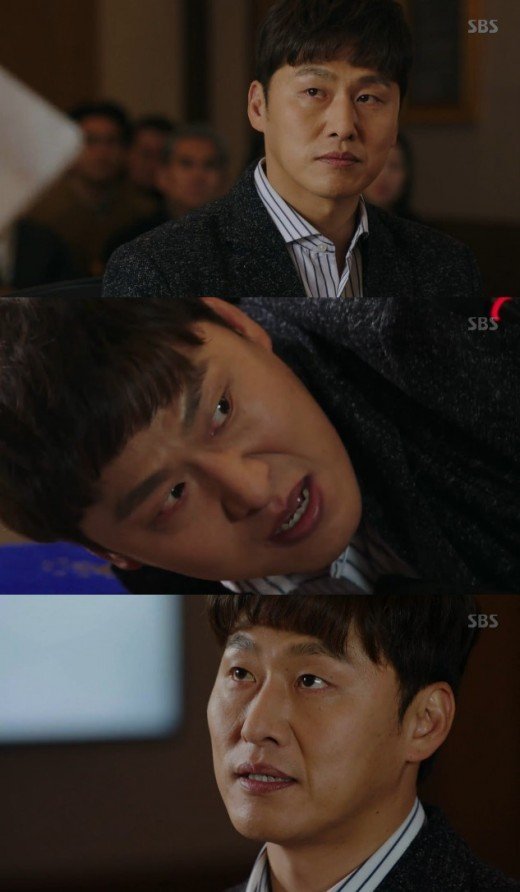 Choi Ja-hye (Go Hyun-jung) called upon Kim Jeong-soo (Oh Dae-hwan) as her witness. She asked if he knew Yeom Mi-jeong (Han Da-gam) and he said, "Yes".

Previously, he had said that he didn't know her. He explained, "I was a regular at the bar she ran. Everyone called her Rachel there. I only found out recently that Yeom Mi-jeong was Rachel".

Choi Ja-hye asked, "Did you talk to her before she died?" and he replied, "I heard her rant for about 20 minutes. Honestly, the call was annoying".

She added, "You have a sister. 10 years ago, she was abused by 'K' from private school foundation and 'S' from a major hospital". Kim Jeong-soo told her to stop.

Nine years ago, Kim Soo-hyun (Han Eun-seo), who was a teenager at the time, was abused by Kim Hak-beom (Bong Tae-gyu) and Seo Joon-hee (Yoon Jong-hoon), but it just ended has a mishap. Kim Soo-hyun was Kim Jeong-soo's sister and it was very likely he was involved with this case because of his past.

"[Spoiler] "Return" Is Oh Dae-hwan the Culprit?"
by HanCinema is licensed under a Creative Commons Attribution-Share Alike 3.0 Unported License.
Based on a work from this source