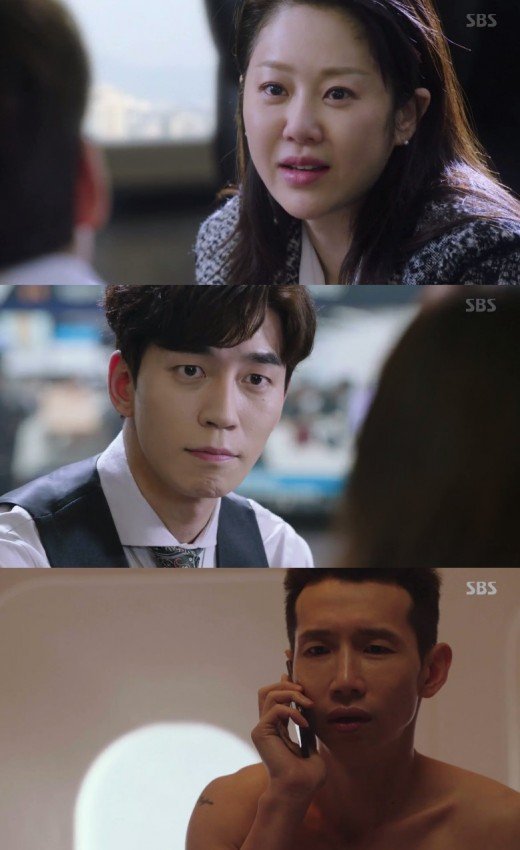 In-ho was arrested for killing and abandoning Yeom Mi-jung (Han Da-gam). Na-ra asked Ja-hye for help. In-ho told Ja-hae about his relationship with Mi-jung and the details of the night.

Mi-jung had said to In-ho, "I don't think you're stupid enough to put a dead body in a bag with a serial number and abandon it on the streets".

Young-eun (Kim Hee-jung-I) tapped her contacts to get witnesses and managed to get some footage from a car's black-box nearby. In-ho had an alibi for the night of the accident.

Ja-hye used the black-box evidence to disagree with Young. She scoffed as she said, "You are careful enough to hire someone to create an alibi for you, but you claim you put her body in a bag with a serial number and abandoned it where many people walk by every day?"

Mi-jung was spotted going into In-ho's penthouse, but she wasn't seen coming out. Ja-hye was agitated and she acted tough in front of the detectives and said, "You're going to have to bring evidence to me not circumstance".

She turned her anger on In-ho who lied to her and in the end he told her everything. The suspects now were Tae-suk (Shin Sung-rok), Hak-bum (Bong Tae-gyu) and Joon-hee (Yoon Jong-hoon). Ja-hye's big blow was questioning him about making stories match with Tae-suk in the penthouse.

"[Spoiler] "Return" Killer Shin Sung-rok and Laughing Go Hyun-jung "
by HanCinema is licensed under a Creative Commons Attribution-Share Alike 3.0 Unported License.
Based on a work from this source