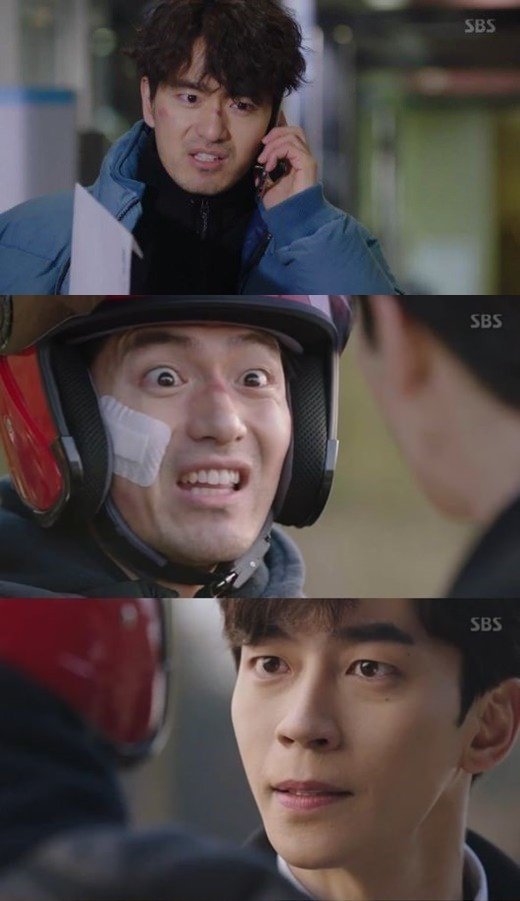 On "Return", Kim Hak-bum (Bong Tae-gyu) and Oh Tae-suk had pushed Seo Joon-hee (Yoon Jong-hoon) off a cliff in his car to hide their crime. Later, Joon-hee's body was found and investigations began.

However, Dok-go Young (Lee Jin-wook) suspected that the body was not Joon-hee's. He asked for a DNA test, but that didn't happen thanks to Oh Tae-suk (Shin Sung-rok).

Later, Dok-go Young was attacked by strangers on a deserted road. He woke up 9 hours later and thought about Oh Tae-suk and Kim Hak-bum. He stopped Seo Joon-hee's funeral car and got permission for Joon-hee's father for a DNA test. The body wasn't Joon-hee's.

"[Spoiler] "Return" Lee Jin-wook Versus Shin Sung-rok"
by HanCinema is licensed under a Creative Commons Attribution-Share Alike 3.0 Unported License.
Based on a work from this source