On the latest episode of the SBS drama "Return", Dok-go Young (Lee Jin-wook) found out that Choi Ja-hye (Park Jin-hee) was the judge of a past case.

Oh Tae-seok received a message from Kim Byeong-gi and headed out to meet him. Oh Tae-seok returnedand the body of An Hak-soo (Son Jong-hak) fellon him. Dok-go Young, who was following a money trail, witnessed this and saw Oh Tae-seok's cell phone. He checked Kim Byeong-gi's name there and Oh Tae-seok asked for a lawyer.

An Hak-soo was a former detective who was in charge of the four princes. There were Roman numbers on his chest. The drugs that were in Yeom Mi-jeong's body were stolen and the next target had to be found using the those numbers.

Oh Tae-seok was now a suspect and he testified that Kim Byeong-gi threatened him to expose company stock secrets. Oh Tae-seok told Kim Hak-beom that Choi Ja-hye might know the Kim Byeong-gi case. Oh Tae-seok said, "I can't move now so find out more about Choi Ja-hye". In the end, Kim Jung-soo was cleared. Dok-go Young warned, "You'll lose your way if you miss your timing. Please, don't go too far".

Oh Tae-seok asked Choi Ja-hye how much she knew, but she didn't tell him and didn't give him anymore time. She added, "Kim Byeong-gi wanted to me tell you to look for him". Dok-go Young asked Oh Tae-seok if Choi Ja-hye was at the scene.

Dok-go Young realized Choi Ja-hye was a judge from the Kim Soo-hyun trial. Her body was full of scars. He asked her, "You know Kim Jung-soo from the Kim Soo-hyun case? Why did you quit being a judge after that?" Choi Ja-hye replied, "I didn't like the result of the case". Dok-go Young told her An Hak-soo had been killed and that there were two more bottles of the drugs left. She asked if Kim Jung-soo wanted to kill the four "princes".

According to autopsy results, the cause of death was similar for Kim Hak-beom and Yeom Mi-jeong. The doctor asked Dok-go Young to find out if Yeom Mi-jeong and the four princes knew each other 19 years ago.

Meanwhile, Kim Hak-beom was anxious and returned to the place where he abandoned Kim Byeong-gi's body. He started digging and suddenly Kang In-ho (Park Ki-woong) appeared in front of him. 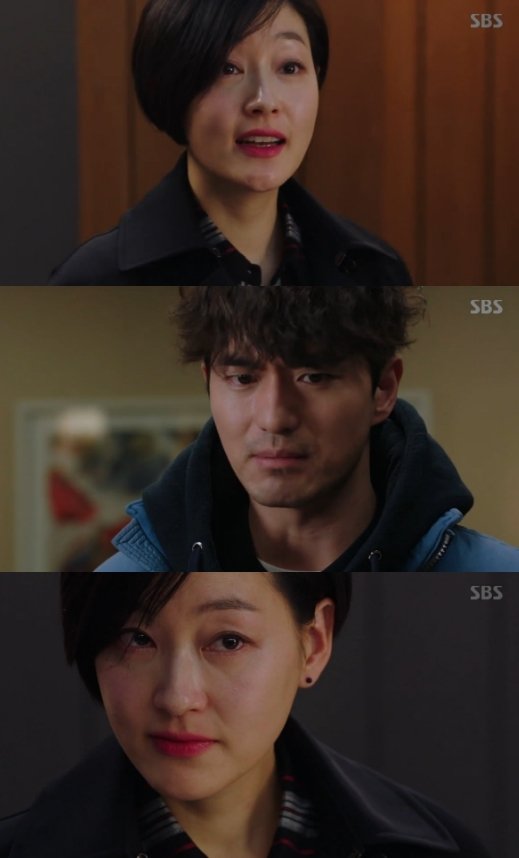 "[Spoiler] "Return" Park Jin-hee's Scarred Past"
by HanCinema is licensed under a Creative Commons Attribution-Share Alike 3.0 Unported License.
Based on a work from this source