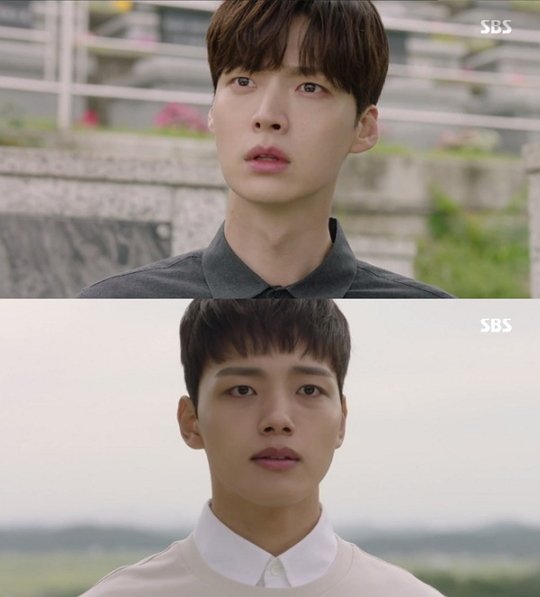 Cha Min-joon found Seong Hae-seong's picture in Jeong Jeong-won's (Lee Yeon-hee's) graduation album. Cha Min-joon was surprised to see that he looked the same then as he did now. He looked up articles about Seong Hae-seong and learned that he had died.

Cha Min-joon went to see Seong Hae-seong who told him, "It might be hard for you to believe, but my friends took me in. I felt bad for hiding this from you. I don't know why I am here or how I got here. I'm sorry I couldn't be truthful".

However, Cha Min-joon merely listened to what Seong Hae-seong had to say because he was in shock. Later, he said nothing when he saw Jeong Jeong-won and just walked away.

"[Spoiler] "Reunited Worlds" Ahn Jae-hyun discovers Yeo Jin-goo's identity"
by HanCinema is licensed under a Creative Commons Attribution-Share Alike 3.0 Unported License.
Based on a work from this source