[Spoiler] "Reunited Worlds" Kim Jin-woo, "I am the culprit" 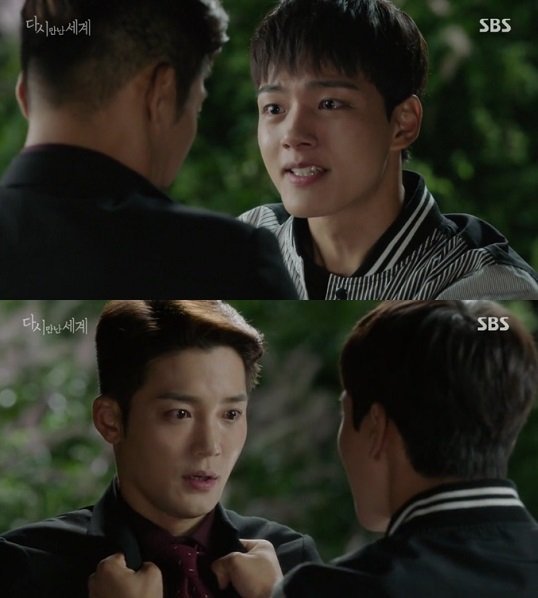 On the latest episode of the SBS drama "Reunited Worlds", Jeong Jeong-won (Lee Yeon-hee) told Seong Hae-seong (Yeo Jin-goo) that Cha Tae-hoon (Kim Jin-woo) had something to do with the Yang Kyeong-cheol case.

"[Spoiler] "Reunited Worlds" Kim Jin-woo, "I am the culprit""
by HanCinema is licensed under a Creative Commons Attribution-Share Alike 3.0 Unported License.
Based on a work from this source