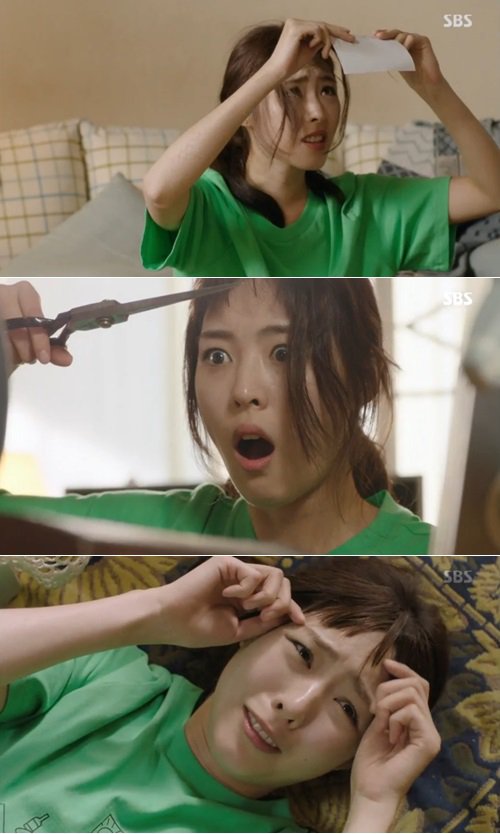 On the latest episode of the SBS drama "Reunited Worlds", Jeong Jeong-won (Lee Yeon-hee) had gum in her hair.

She took out a pair of scissors to deal with it.

She was about to cut a small part of her hair but the house owner called her just then and she made the mistake of cutting her fringe too short.

Jeong Jeong-won lay on the floor and fell into despair.

"[Spoiler] "Reunited Worlds" Lee Yeon-hee cuts her fringe"
by HanCinema is licensed under a Creative Commons Attribution-Share Alike 3.0 Unported License.
Based on a work from this source