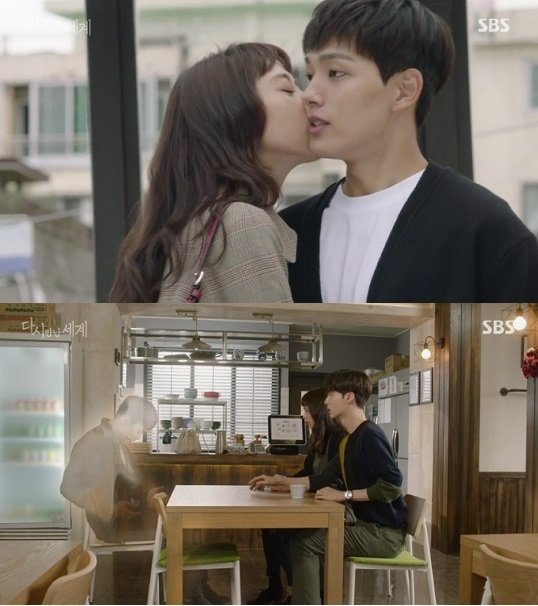 On the latest episode of the SBS drama "Reunited Worlds", Seong Hae-seong (Yeo Jin-goo) and Jeong Jeong-won (Lee Yeon-hee) try to enjoy the rest of the time that they have left together.

Hae-seong cooked breakfast for Jeong-won. Jeong-won was surprised by the menu and Hae-seong explained that it was what every newly-married couple has.

Hae-seong chose Jeong-won's outfit for her and walked her to the bus stop. She kissed him quickly before she got on the bus. He was surprised but happy.

Hae-seong prepared to start his restaurant with his brother SHae-cheol (Kwak Dong-yeon) and told him he should learn how to cook.

Meanwhile, Cha Min-joon (Ahn Jae-hyun) told Hae-seong and Jeong-won that he knew about them leaving for Paris. He wished them both good luck but just then, Hae-seong's body started fading.

"[Spoiler] "Reunited Worlds" Yeo Jin-goo and Lee Yeon-hee move in together "
by HanCinema is licensed under a Creative Commons Attribution-Share Alike 3.0 Unported License.
Based on a work from this source