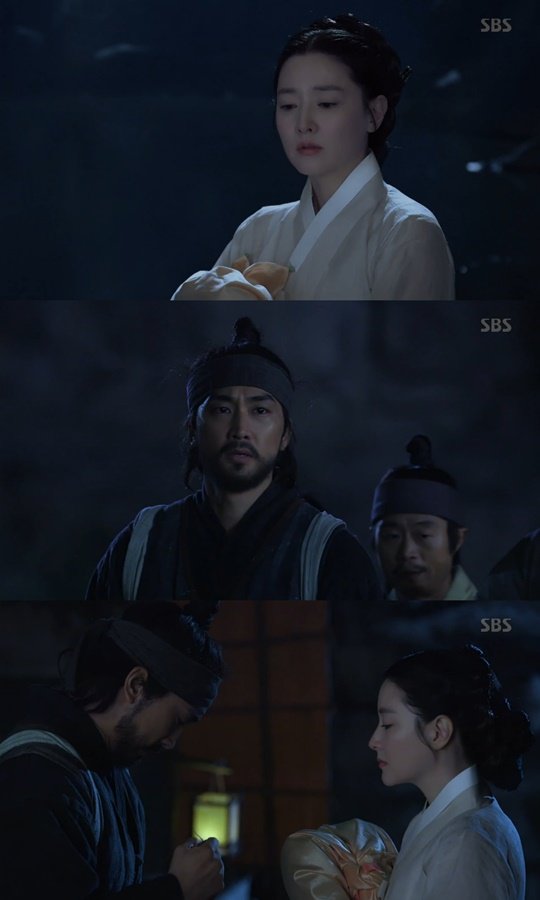 Lee Young-ae and Song Seung-heon had to part again.

Saimdang convinced those who supported Lee Gyum to save him on the day he was going to be exiled. With the help of Nae-geum (Park Jung-hak), Lee Gyum was able to get free and avoid Jungjong's (Choi Jong-hwan eyes. He then went to the harbor to leave for the Ming Dynasty.

Saimdang was waiting there. They reunited and he asked her to go with him but she refused and told him to go out into a wider world. Lee Gyum cried saying he was so happy to have met her and they had to part once again.

"[Spoiler] "Saimdang: Light's Diary" Lee Young-ae and Song Seung-heon part as soon as they meet "
by HanCinema is licensed under a Creative Commons Attribution-Share Alike 3.0 Unported License.
Based on a work from this source