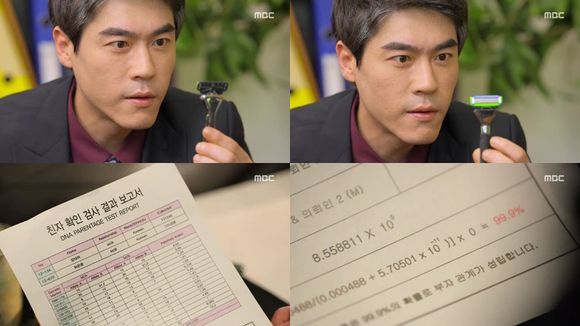 Joo-pil pretended to be Eun-joong's uncle and stole his razor. He wanted to test it with Jang Tae-ha's DNA.

Joo-pil checked the sentence again. It said, "99.9% states the father and son relationship of Jang Tae-ha and Ha Eun-joong".

Joo-pil smiled suspiciously and snatched the documents away from Ko Joo-ran (Kim Hye-ri) who tried to look at it.

"[Spoiler] "Scandal" Choi Cheol-ho finds out the relationship between Kim Jae-won and Park Sang-min"
by HanCinema is licensed under a Creative Commons Attribution-Share Alike 3.0 Unported License.
Based on a work from this source