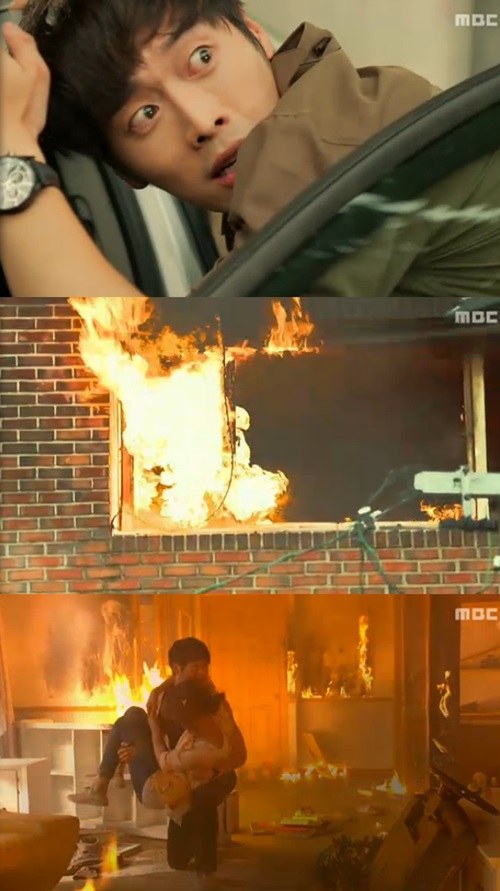 Woo Ah-mi got Gong Gi-chan's keepsake bicycle and went over to Ha Eun-joong's (Kim Jae-won) house. She smiled at him not to worry when he said, "Can you be at home alone? Don't you think you should at least be with your mother-in-law? Lock the doors".

However, Woo Ah-mi heard a loud explosion when she stepped into the house. It was coming from her house. Ha Eun-joong went up to the building and saved her from the fire.

"[Spoiler] "Scandal" Jo Yoon-hee saved from explosion"
by HanCinema is licensed under a Creative Commons Attribution-Share Alike 3.0 Unported License.
Based on a work from this source