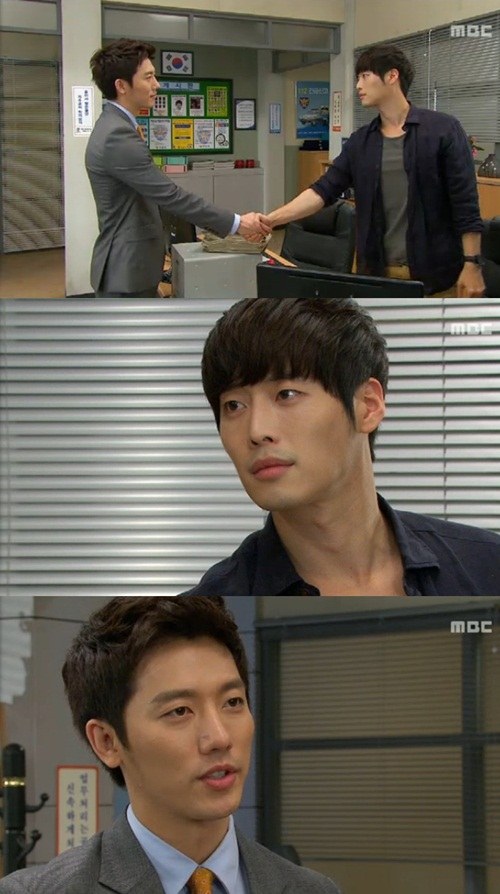 The two Eun-joong's with different fates met when they were younger but didn't remember each other. Jang Eun-joong was curious about the detective who had the same name as he and Ha Eun-joong didn't show any kind of emotion.

Previously, Jang Eun-joong had seen Ha Eun-joong's name on his sister Ha Soo-yeong's (Han Groo) resume when she went for the interview at his law firm and through Woo Ah-mi (Jo Yoon-hee) who was there to ask for compensation of the vendor stall that was destroyed by Ha Eun-joong.

In the end, Jang Eun-joong got to meet Ha Eun-joong. He said, "It looks like we're going to see each other again in the future".

"[Spoiler] "Scandal" Kim Jae-won and Ki Tae-young meet at last"
by HanCinema is licensed under a Creative Commons Attribution-Share Alike 3.0 Unported License.
Based on a work from this source