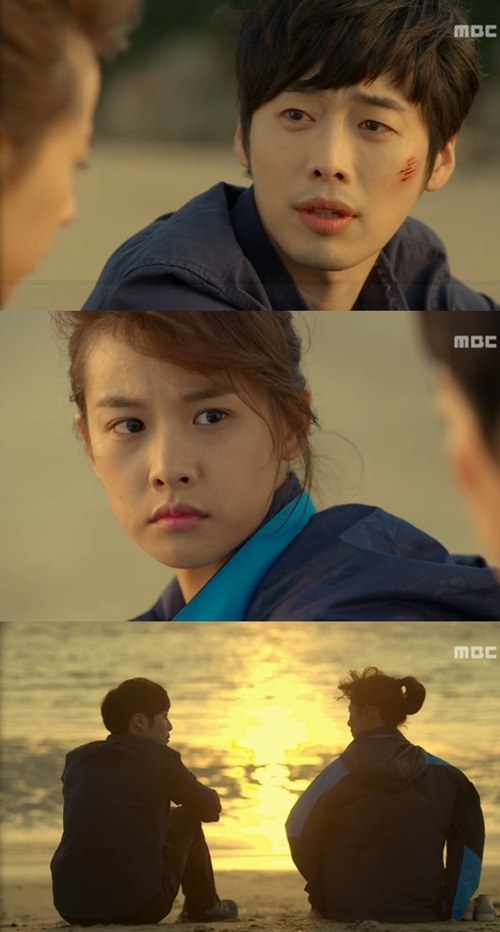 On the twenty-second episode of MBC weekend drama "Scandal", Ha Eun-joong (Kim Ja-won) told Woo Ha=mi (Jo Yoon-hee), "I Like You. I like seeing you and being with you".

When she didn't believe him he said, "When you tell me to have a good day at work, I feel you're going to be waiting for me at home so I arrive at home early and when you tell me to drive safe, I pay more attention to what I'm doing".

"I didn't know what this feeling was but now I know. This isn't a joke. I tried to hold it in since yesterday but now I can't anymore. I won't ask you for anything, so relax. I'm just telling you now, otherwise I won't be able to in the future".

Han Eun-joong is the son of Jang Tae-ha (Park Sang-min) and Woo Ah-mi was the fiance of Gong Ki-chan (Yang Jin-woo). They had to be rivals whether they like it or mot.

"[Spoiler] "Scandal" Kim Jae-won confesses love to Jo Yoon-hee"
by HanCinema is licensed under a Creative Commons Attribution-Share Alike 3.0 Unported License.
Based on a work from this source