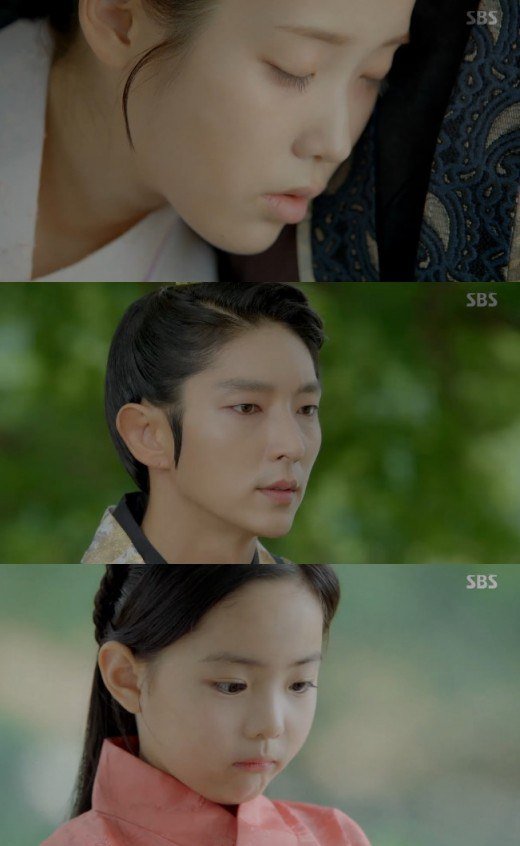 Lee Joon-gi and IU could never be and IU returned to the real world.

Wang Jeong helped her get out of the palace to marry her. Later, it turned out that Hae-soo was pregnant with Gwang Jong's (Lee Joon-gi) child. Hae-soo didn't give up the child knowing that something might go wrong with her health.

Hae-soo knew she was going to die and she kept sending letters to Gwang Jong. However, he didn't open the letters thinking that she'd already married Wang Jeong. In the end, he only found out what truly happened after she died and he cried over her death. 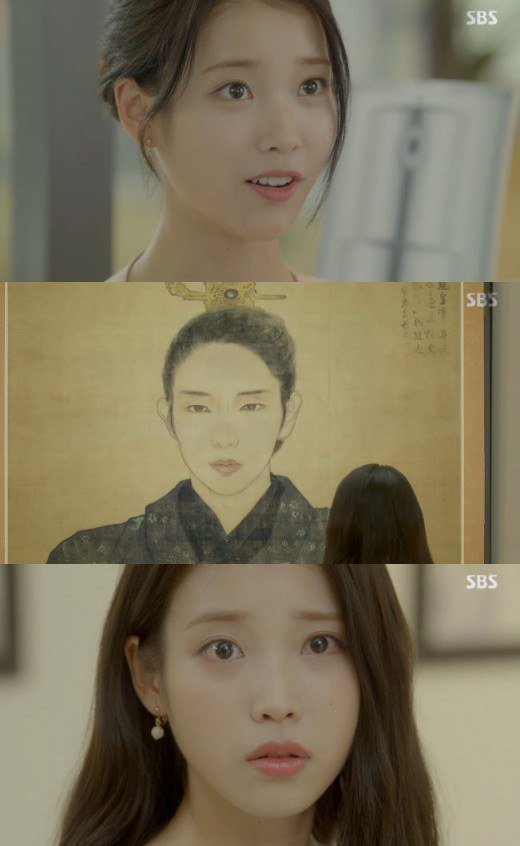 Gwang Jong couldn't forget her. One day he ran into a girl walking around the palace. She was Hae-soo's child and his. Hae-soo had asked for her daughter not to be sent to the palace before she died. Wang Jeong delivered this favor. Gwang Jong permitted Wang Jeong to return home for he had taken care of Hae-soo and her child until she died.

Ji Mong (Kim Sung-kyun) left the palace too as he couldn't get over Hae-soo. When he left, storm clouds gathered around the place and he returned to reality. Ha-jin (IU) also woke up and she cried.

Ha-jin had been dreaming for a year. Ha-jin was a cosmetics sales clerk in reality but she kept seeing scenes from her dream. She visited the museum of history and when she saw the portrait of Gwang Jong, she realized her dream was not a dream.

"[Spoiler] "Scarlet Heart: Ryeo" ends sadly, IU returns to reality and ends time slip "
by HanCinema is licensed under a Creative Commons Attribution-Share Alike 3.0 Unported License.
Based on a work from this source