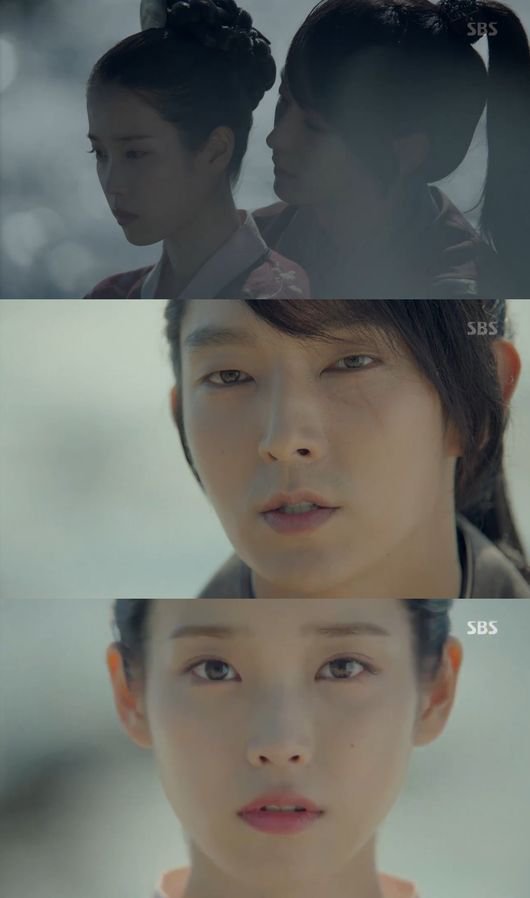 IU told Lee Joon-gi that she likes someone.

On the tenth episode of the SBS drama "Scarlet Heart: Ryeo", Wang So (Lee Joon-gi) left the Imperial Palace with Hae-soo (IU).

He took her to the ocean and told her how he felt about her.

However, Hae-soo told him she liked someone else and Wang So said he was alright as long as it wasn't Baek-ah.

He also said he wished Hae-soo would like him for who he was and added, "I don't believe that you are afraid of me". Hae-soo explained, "I only wanted to help you, I didn't ask for your heart".

"[Spoiler] "Scarlet Heart: Ryeo" IU tells Lee Joon-gi she likes someone"
by HanCinema is licensed under a Creative Commons Attribution-Share Alike 3.0 Unported License.
Based on a work from this source