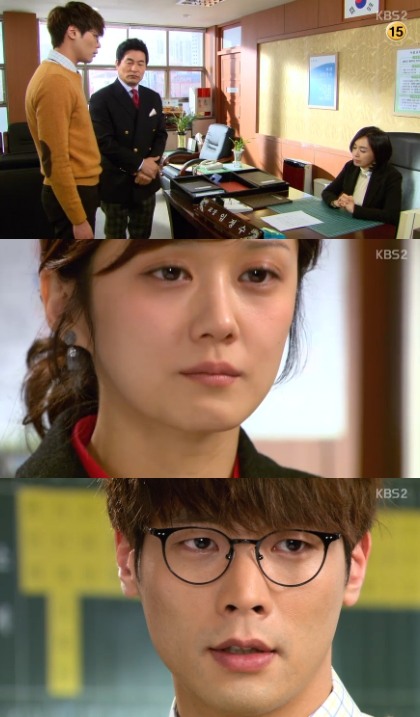 Choi Daniel expressed that he will quit for Jang Nara.

On the thirteenth episode of the KBS 2TV drama "School 2013" on the 15th, class 2 of grade 2 in Seung-ri High signed a petition knowing that Jeong In-jae (Jang Nara) didn't have many more days at school.

Kang Se-chan (Choi Daniel) wanted Jeong In-jae to stay at school more than anything so he asked the principal Im Jeong-soo (Park Hae-mi) to withdraw Jeong's letter of resignation.

It was already too late. Im Jeong-soo said, "We have already signed a contract with the replacement. We can't have three teachers".

Kang Se-chan then said, "Nothing's complicated. I can quit my position".

"[Spoiler] "School 2013" Choi Daniel quits instead of Jang Nara"
by HanCinema is licensed under a Creative Commons Attribution-Share Alike 3.0 Unported License.
Based on a work from this source