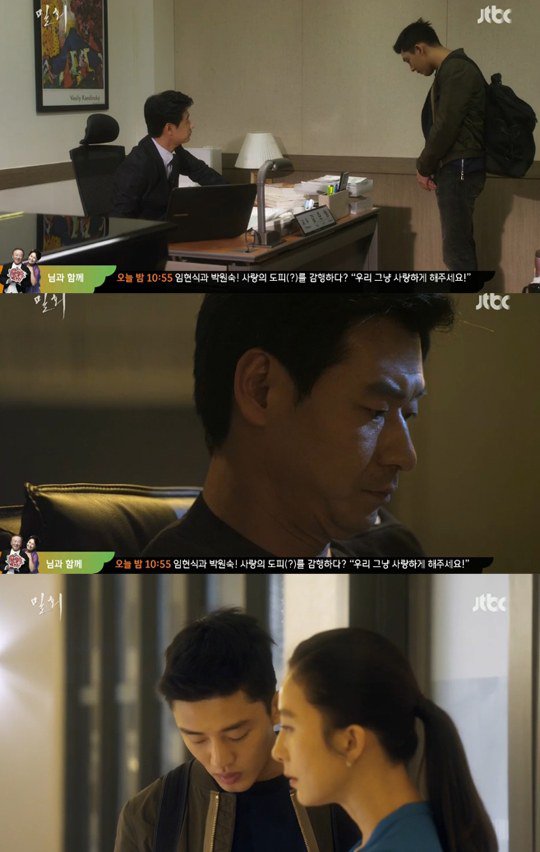 He witnessed the actions and talk that went back and forth between the two.

He overheard Seon-jae say, "Now that yesterday's resentment is all gone, I feel angry at you now professor" and pretended like he didn't hear anything but it kept replaying in his mind.

Seon-jae came into his office and Joon-hyeong told him, "It's easy to misunderstand sudden passion for innocence". He also told him to come and check his songs every weekend.

"[Spoiler] "Secret Love Affair" Park Hyuk-kwon warns Yoo Ah-in"
by HanCinema is licensed under a Creative Commons Attribution-Share Alike 3.0 Unported License.
Based on a work from this source