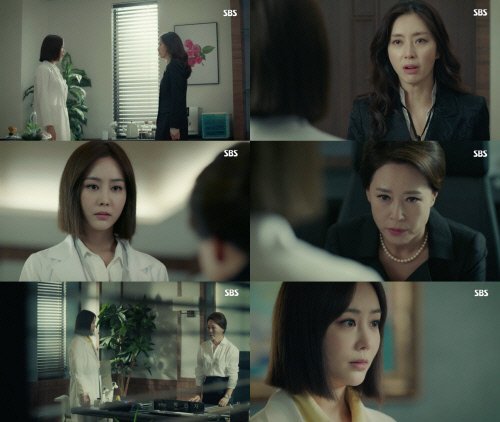 On the latest episodes of the drama "Secret Mother", Se-yeon (Son Seung-woo) collaborated with Seon-ja (Cha Hwa-yeon) to stop Yoon-jin (Song Yoon-ah) from going back to work.

Yoon-jin made Seon-ja nervous and she needed something solid to prevent her from returning to work. Se-yeon said she'd get the CCTV footage of the case she'd manipulated at the anniversary event along with the statements of the employees.

On Seon-ja's order, Se-yeon also prepared a fake statement to present to the board of directors.

"[Spoiler] "Secret Mother" Son Seung-woo Is Pure Evil"
by HanCinema is licensed under a Creative Commons Attribution-Share Alike 3.0 Unported License.
Based on a work from this source