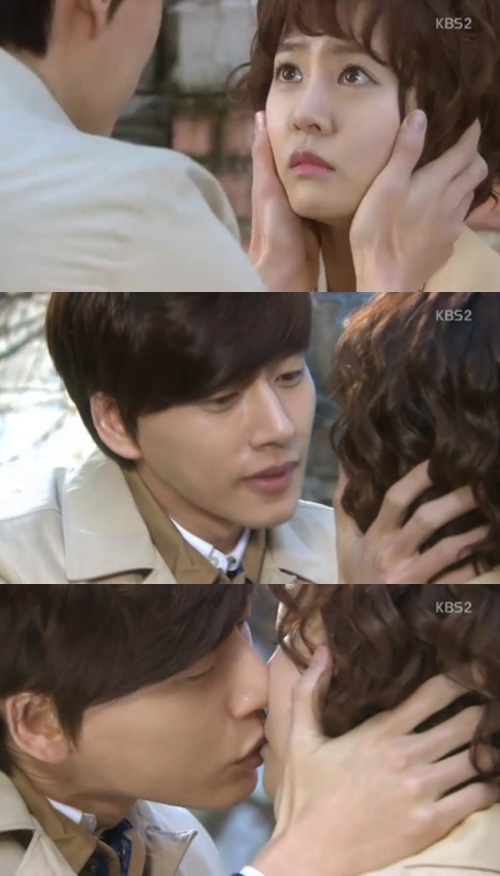 He was touched to see that she had been keeping a pair of worn out slippers that he didn't even remember when she had a crush on him. He presented her with shoes and flowers as he said, "Thanks for marrying me".

Sang-woo then said this was the first time he gave flowers to the woman who he loves and when she didn't understand him, he kissed her and said, "I love you".

Sang-woo used Ho-jeong to break up with Mi-kyeong (Park Jung-ah), but her pureness had made a new Sang-woo. Their strange relationship after marriage brought up good reviews for them.

"[Spoiler] "Seo-yeong" Park Hae-jin kisses Choi Yoon-young"
by HanCinema is licensed under a Creative Commons Attribution-Share Alike 3.0 Unported License.
Based on a work from this source