On the latest episode of the KBS 2TV drama "Shall We Live Together", Park Yoo-ha (Han Ji-hye) had a falling out with Chae Hee-kyeong (Kim Yoon-kyung).

Chae Hee-kyung ran into Chae Eun-soo at the hospital and showed her discomfort by saying, "There's a lot of cleaning up to do here". Chae Eun-soo covered her ears with her hands and retorted back, "Are you just rude or ignorant?"

Chae Hee-kyung mocked, "It seems you like to get into people's business" and Jeong Eun-tae said, "We're not strangers, we are blood-related". Yeon Chan-gu said, "My brother-in-law donated blood".

Jeong Eun-tae heard Yeon Chan-goo and Park Yoo-ha didn't get along and warned Yeon Chan-goo, "I am going to stop this contract from happening. Should I trust you or me? Go back while I still answer you as your brother-in-law".

Yeon Chan-goo turned around. Jeong Eun-tae said to Park Yoo-ha, "Do what you want. I'm behind you". Park Yoo-ha cried in his arms.

Park Yoo-ha went to meet Chae Hee-kyung for a correction report. Previously, Chae Hee-kyung had reported her divorce through the in-office bulletin and rumors spread that it was because of Park Yoo-ha's affair and sticky fingers". Park Yoo-ha said, "I don't want to hurt Eun-soo".

However, Chae Hee-kyeong said, "It's only an assumption but now I plan on gathering more evidence. Did you adopt Eun-soo? Do you know what this is? It's your diabetes result. You gave birth to Eun-soo". 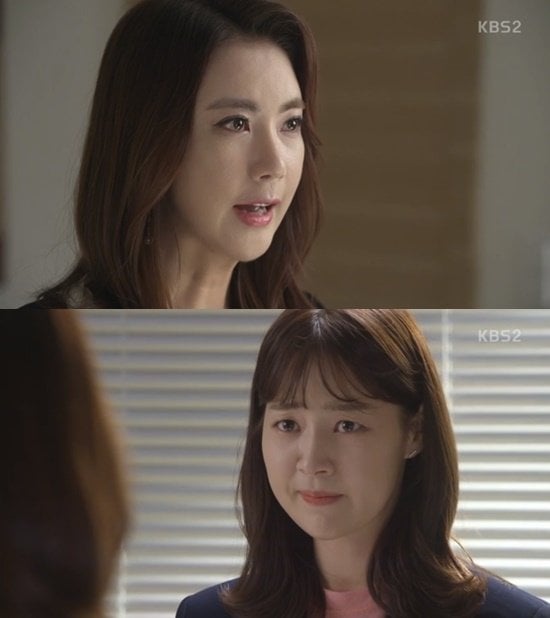 "[Spoiler] "Shall We Live Together" Lee Sang-woo Supports Han Ji-hye"
by HanCinema is licensed under a Creative Commons Attribution-Share Alike 3.0 Unported License.
Based on a work from this source