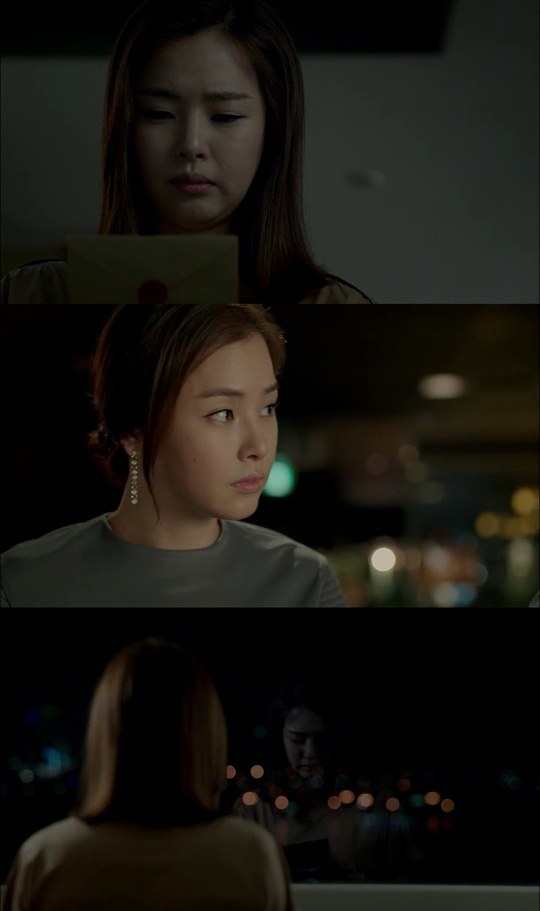 On the twelfth episode of the KBS 2TV drama "Shark" Jang Yeong-hee (Lee Honey) thought hard about the envelope that she was supposed to give Jo Sang-goo (Lee Jung-gil).

She thought hard about Yosimura's (Lee Jae-gu) words saying the envelope will be a protector and almost opened it.

She was on the verge of opening it when she realized her state and stopped. She sighed long and hard at the fact that she wanted to help Kim Joon (Han I-soo / Kim Nam-gil) but wasn't able to.

"[Spoiler] "Shark" Lee Honey confused between Kim Nam-gil and Lee Jae-gu"
by HanCinema is licensed under a Creative Commons Attribution-Share Alike 3.0 Unported License.
Based on a work from this source