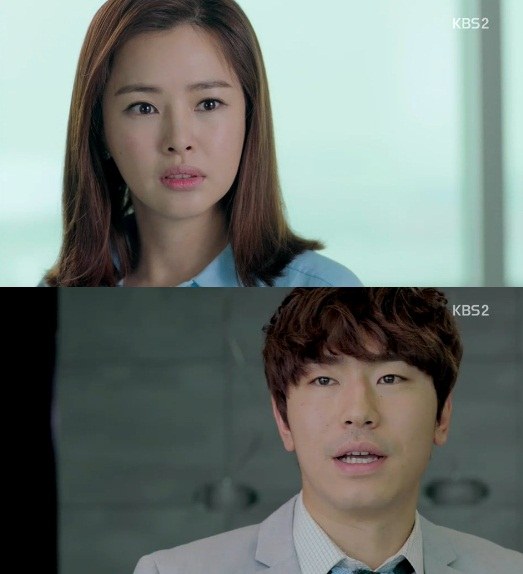 On the seventh episode of the KBS 2TV drama "Shark", Jang Yeong-hee (Lee Honey) found out that Kim Joon (Han I-soo / Kim Nam-gil) had been missing after an accident.

Jang Yeong-hee was shocked to find out that Han I-soo was known to be dead. Kim Dong-soo even told her that he was hit by a truck then. He said, "I get heated up when I think about it. I wish we had just found the body".

Jang Yeong-hee asked if Han I-soo was close with Jo Hae-woo (Son Ye-jin) and Kim Dong-soo slurred his words, "If he was still alive..."

"[Spoiler] "Shark" Lee Honey finds out Kim Nam-gil's past"
by HanCinema is licensed under a Creative Commons Attribution-Share Alike 3.0 Unported License.
Based on a work from this source