[Spoiler] "She Gets Married Thrice" Ha Seok-jin shoves away seduction 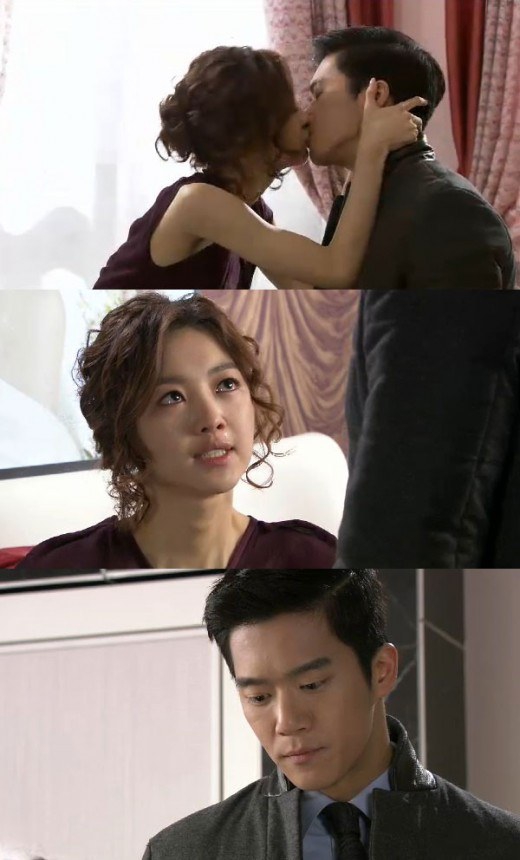 Ha Seok-jin broke up with Jang Hee-jin despite her attempts to seduce him.

On the episode of the SBS drama "She Gets Married Thrice", Joon-goo (Ha Seok-jin) pushed away his girlfriend Da-mi's (Jang Hee-jin) seduction and broke up with her.

Da-mi was drunk and was all over Joon-goo who had come to see if she was alright. She kissed him and said, "Aren't you softened by my kiss? Aren't they still sweet? Don't withstand it. Hold me".

However, he pushed her away and said, "Don't make me a jerk" then took out an envelope. "The text I sent, I meant it. I am grateful. There's never going to be another woman who has been as good to me as you. This is the last time I am seeing you. I won't look for you again. Let me ask you a favor for the last time. Forget me. Love yourself from now on".

She refused the envelope of money and said, "I don't want it. If I take this that means you owe me nothing. I don't want that".

"[Spoiler] "She Gets Married Thrice" Ha Seok-jin shoves away seduction "
by HanCinema is licensed under a Creative Commons Attribution-Share Alike 3.0 Unported License.
Based on a work from this source