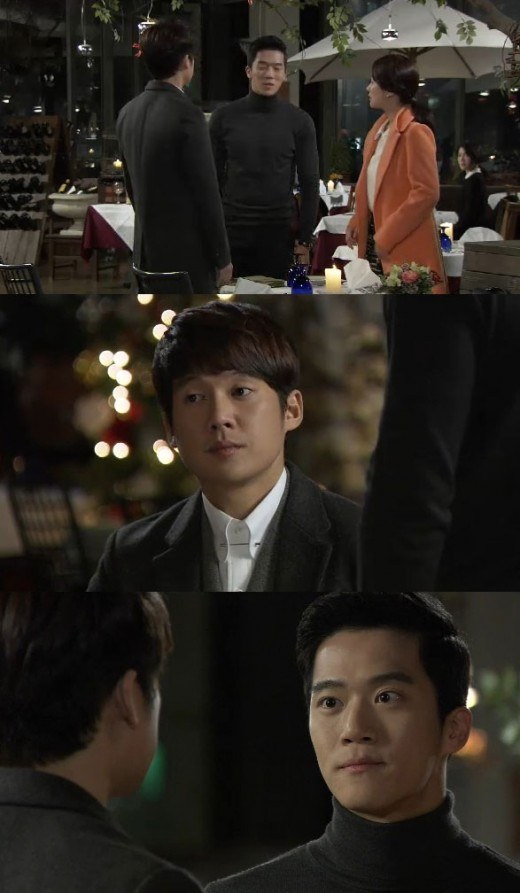 Lee Ji-ah's husbands Song Chang-eui and Ha Seok-jin met for the first time and shared an atmosphere of intensity.

Tae-won (Song Chang-eui) and Chae-rin (Son Yeo-eun) came into the restaurant Eun-soo (Lee Ji-ah) and Joon-goo (Ha Seok-jin) were dining in. Chae-rin provoked her by going by to say 'hello' intentionally.

Joon-goo also went by Tae-won and Chae-rin's table to say hello. He said, "You're Seul-gi's father, I hear you're getting married. Congratulations". Tae-won replied, "Thank you" but his face was cold.

Tae-won didn't back down. He said, "You need to keep your promise to take her back".

Meanwhile, Tae-won managed to get re-married with Chae-rin without love.

"[Spoiler] "She Gets Married Thrice" Lee Ji-ah's husbands meet"
by HanCinema is licensed under a Creative Commons Attribution-Share Alike 3.0 Unported License.
Based on a work from this source