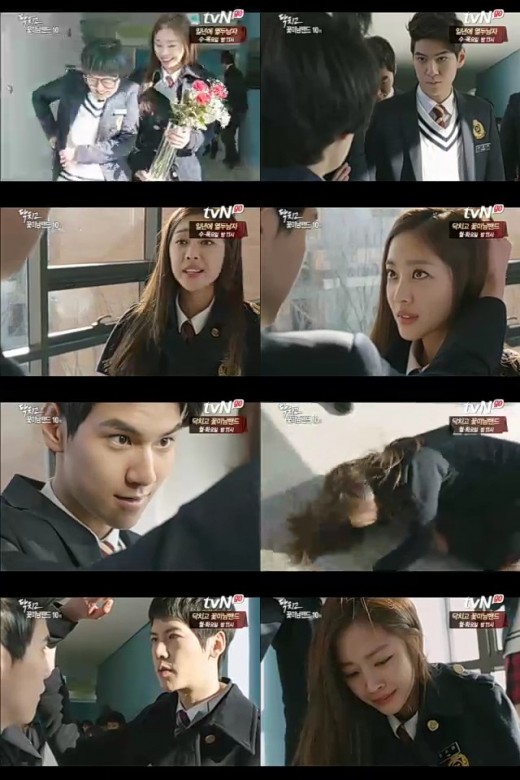 He pushed her and made her fall. He then told her, "I hear you're quite popular for your pretty face, want to hang out with me today?"

Soo-ah slapped him. Pyo-joo was angry so he was about to push her onto the ground and hit her. However, Seung-hoon appeared at this moment and said, "Don't bother anyone else, hit me if you have to".

Pyo-joo swung his fist forward saying, "Are you saying she's more precious than me?"

Meanwhile, 'Purification' made their live on stage debut. However, they suffered an accident during the show, and it's a wonder if they will be able to overcome this problem.

"[Spoiler] "Shut Up: Flower Boy Band" Jung Eui-chul gets hit for Jo Bo-ah"
by HanCinema is licensed under a Creative Commons Attribution-Share Alike 3.0 Unported License.
Based on a work from this source