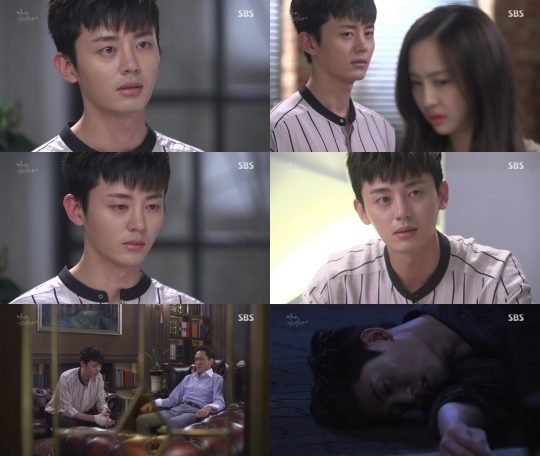 Actor Lee Ji-hoon-I put on a great performance in the SBS drama "Sister is Alive" on the latest episode. Seol Gi-chan (Lee Ji-hoon-I) recovered his memory and proved that he was the missing son, Goo Se-hoo, of the Gongryong Group.

Upon learning that his father was Goo Pil-mo (Son Chang-min), the man who committed so many crimes, Seol Gi-chan cried aloud, "Why is he my father? I've longed to find my parents for so long but why is he my father?" He also learned that Se-kyeong (Son Yeo-eun) who caused Jae-il's (Sung Hyuk's) death, was his sister.

Seol Gi-chan went to Goo Pil-mo's house and told everyone that he was a friend of Se-hoo's from the orphanage. He then took Gye-hwa (Yang Jung-ah), Se-kyeong, and Se-joon (Jo Yoon-woo) aside and told them, "It's terrible that I am your family, but remember that I can announce who I really am whenever I want".

Lee Ji-hoon-I delivered tension to the drama as his character found out he was the son of a group he'd hated for so long and decided to take revenge for it.

"Sister is Alive" can be seen every Saturday at 8:45 PM KST on SBS.

"[Spoiler] "Sister is Alive" Lee Ji-hoon-I's performance"
by HanCinema is licensed under a Creative Commons Attribution-Share Alike 3.0 Unported License.
Based on a work from this source