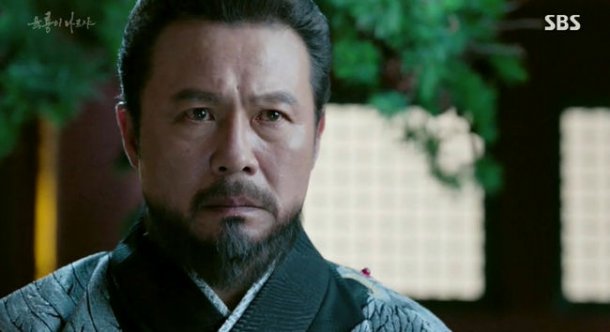 'Six Flying Dragons' drew attention with its realistic opening like a vivid history book. The conflict between Yi Seong-gye (Chun Ho-jin) and Yi In-gyeom (Choi Jong-won) seems to be extraordinary.

On the first episode of SBS' new Monday & Tuesday drama, 'Six Flying Dragons', Yi Seong-gye was about to send Baek Geun-soo to Gaegyeong, the capital city after he received a royal order.

Young Bang-won (Nam Da-reun) insisted he should go to Gaegyeong as well. And he could finally leave along with Jo Yeonggyu and Baek Geun-soo. At the same time, young Boon-yi and young Ttang-sae came up to Gaegyeong to find their mom. They ended up living with beggars so they did not starve to death. Young Bang-won witnessed what Yi In-gyeom did and he was upset with what he saw.

Poeun Jeong Mong-joo persuaded Yi Seong-gye that they should not start the war against Myeong nation.

According to the history, Yi Seong-gye as a general in Goryeo fought against Won nation and the 100 thousand Red Turban enemies bravely.

As soldiers were getting exhausted due to the frequent wars, a rumor that Myeong nation was building military supply camps near border was going around. And King Woo ordered Yi Seong-gye to conquer Liaodong Peninsula. 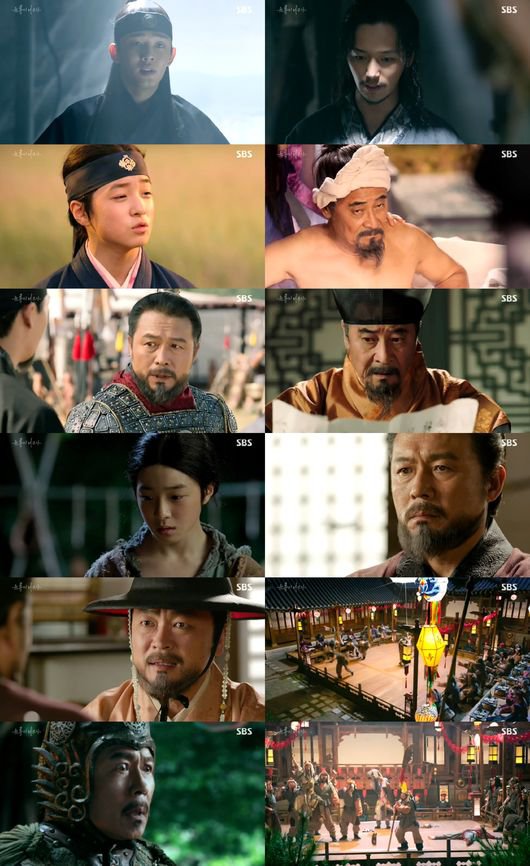 Under these circumstances, Jeong Do-jeon became wary of Yi Seong-gye and he even told people around him not to trust Yi Seong-gye.

Although Yi In-gyeom held a welcoming party for Yi Seong-gye, who returned to Gaegyeong, he used a stage play in which Yi Seong-gye was compared to a dog betraying its owner. Yi In-gyeom said, "I don't know what Yi Seong-gye's ambition and fears are. This is why I'm afraid of him".

"[Spoiler] 'Six Flying Dragons' History book is alive "
by HanCinema is licensed under a Creative Commons Attribution-Share Alike 3.0 Unported License.
Based on a work from this source