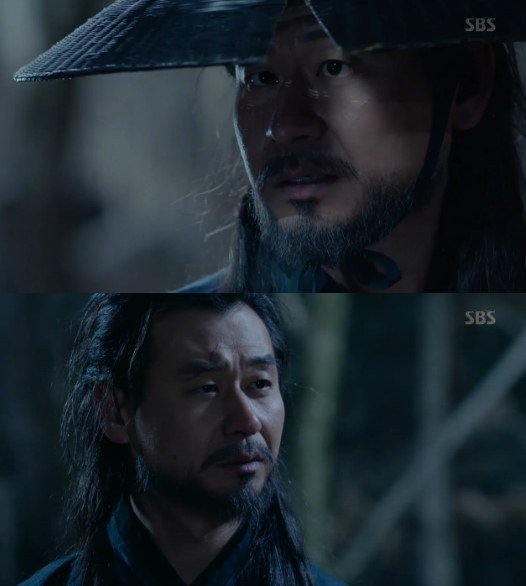 On the episode of SBS drama "Six Flying Dragons" on the 21st, Lee Bang-ji (Byun Yo-han) and Moo-hyool (Yoon Kyun-sang) set out to find Jo-joon's (Jo Hee-bong) item. In the process, they had to right off a warrior and Moo-hyool was surprised he was weaker than the stranger.

The warrior was no other than Gil Seon-mi. A part of Gil Seon-mi's hat got cut off in the battle and his face came into view. Lee Bang-ji said his name.

"[Spoiler] "Six Flying Dragons" Park Hyuk-kwon reappears as Gil Seon-mi"
by HanCinema is licensed under a Creative Commons Attribution-Share Alike 3.0 Unported License.
Based on a work from this source