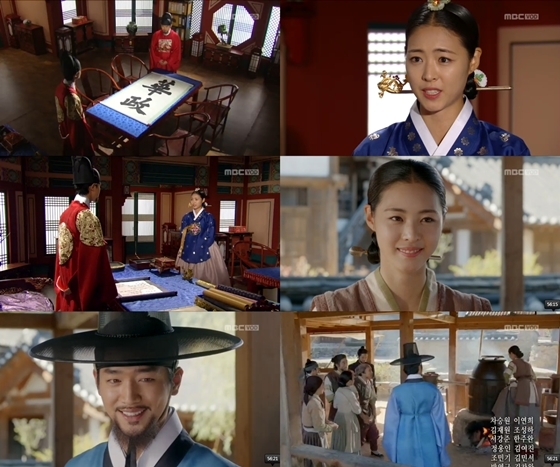 This is something you call the splendid politics.

After achieving the final triumph against absolute power, Lee Yeon-hee and Seo Kang-joon in "Splendid Politics" retired from politics in order to stand along with people. The long journey of 50 episodes has wrapped up with a happy ending.

Princess Jeongmyeong (Lee Yeon-hee) and her husband Hong Joowon (Seo Kang-joon) rejected King Hyojong's request to stay next to him and went to back to the firearm development center.

After King Hyojong's ruling power became strong and stable, Jeongmyeong and Hong Joowon went back to the place they originally belonged to.

While King Hyojong wanted to have Jeongmyeong next to him, Jeongmyeong said, "I cannot follow your order to discuss the affairs of nation staying next to you" and "We're going to be your enemies from now on".

Jeonmyeong explained to Hyojong, who was surprised by her words, "The power will lose its true meaning and change after all. There is no power meant for people. Power should not be something like this originally" and "We are going to stand on the opposite side not next to you".

She also mentioned the word, Hwajeong, splendid politics. The upright opposite power against the absolute power should co-exist and balance with each other. This is what Princess Jeongmyeong in the 50 episodes has been telling us about politics.

When Princess Jeongmyeong and Hong Joowon came back to the firearm development center, the two grabbed each other's hands and recollected their past memory in the place. The old story of the two when Joowon met Princess Jeongmyeon while he did not know she was a woman at the time brought smiles.

"Glamorous Temptation" will begin on October 5 as a successor drama for the same airtime.

"[Spoiler] 'Splendid Politics' Lee Yeon-hee achieves triumph and retires from politics "
by HanCinema is licensed under a Creative Commons Attribution-Share Alike 3.0 Unported License.
Based on a work from this source