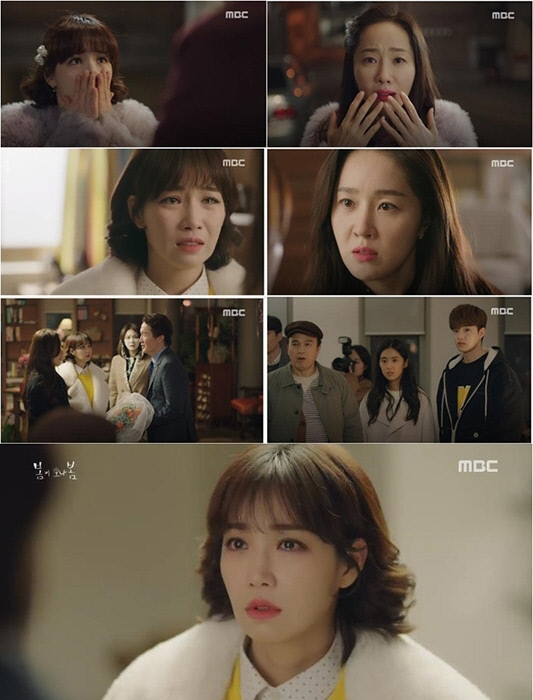 Lee Bom ran away, refusing to explain. However, their bodies switched once again in front of Hyeong-seok and made her excuses worthless.

Kim Bo-mi who'd become Lee Bom, had witnessed Yoon-cheol (Choi Byung-mo) and Seo-jin's (Son Eun-seo) affair in the previous episode. She planned to secretly take pictures of them and use them. However, Lee Bom discovered the truth and raged at Kim Bo-mi for not telling her about them.

Kim Bo-mi said to Lee Bom, "At least you know now". She said she wasn't sorry because she found out through her anyway.

Lee Bom went straight for Yoon-cheol and punched him in the face and when Kim Bo-mi turned into Lee Bom, she punched him again. However, Yoon-cheol had considered all this in his scheme and Lee Bom was put in a difficult spot.

"[Spoiler] "Spring Turns to Spring" Lee Yu-ri and Uhm Ji-won Catch Choi Byung-mo Cheating"
by HanCinema is licensed under a Creative Commons Attribution-Share Alike 3.0 Unported License.
Based on a work from this source