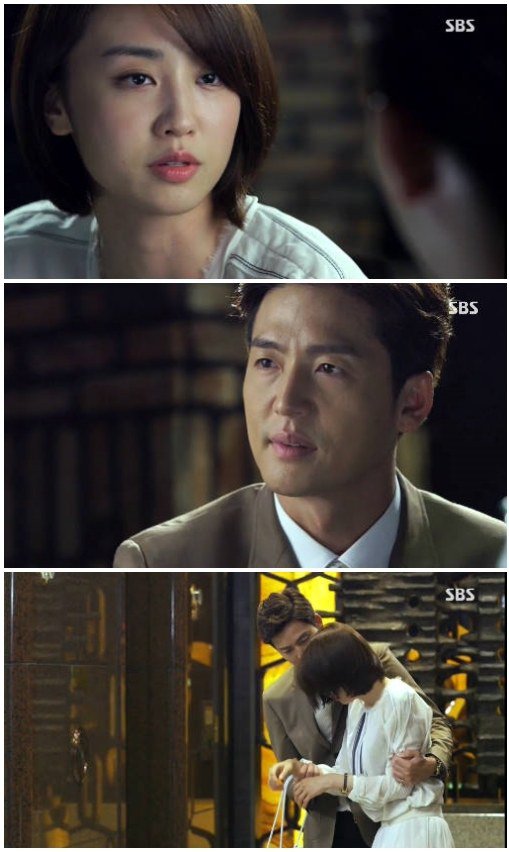 On the seventh episode of the SBS drama "Temptation", Hong-joo (Park Ha-sun) was mad at the fact that Seok-hoon (kwon Sang-woo) and Se-yeong (Choi Ji-woo) were together late at night.

Hong-joo was so upset that she tore a picture and took out her wedding ring; however, she was scolded for neglecting her duty at the new hospital where she just started working at.

In the end, she called Min-woo (Lee Jung-jin). She told him, "I need someone to talk to, but I don't have anyone. You told me that you'd be my bamboo forest".

Hong-joo told him, "I am separated from my husband and he has a woman, too. He's gone and soon his heart will be gone, too. Do you want to sleep with me? If you can have me for four days, how much will you give me? Do you have one billion won?"

"Temptation" is a melodrama between four men and woman. Starring Choi Ji-woo, kwon Sang-woo, Park Ha-sun and Lee Jung-jin and can be watched every Monday and Tuesday at 10PM on SBS.

"[Spoiler] "Temptation" Park Ha-sun provokes Lee Jung-jin"
by HanCinema is licensed under a Creative Commons Attribution-Share Alike 3.0 Unported License.
Based on a work from this source