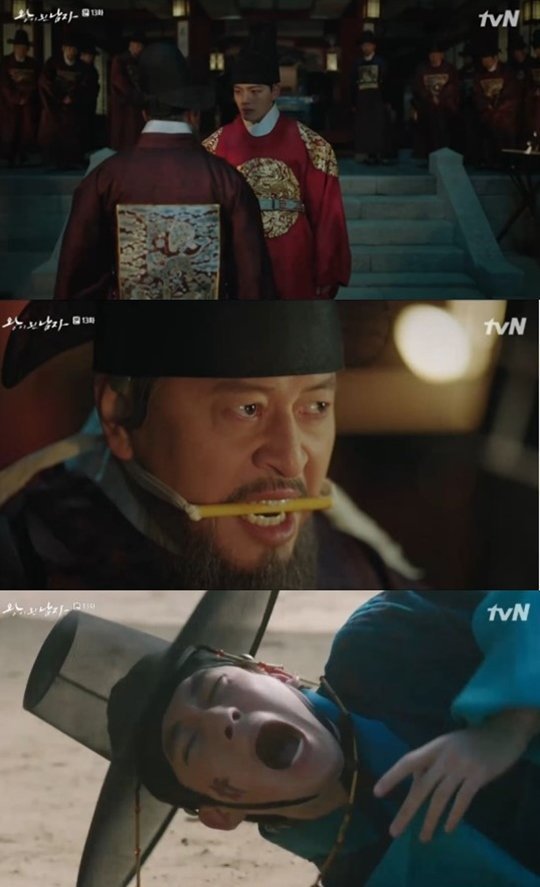 On the latest episode of the tvN drama "The Crowned Clown", Ha Seon (Yeo Jin-goo) was almost revealed as an imposter.

Sin Chi-soo knew Ha Seon wasn't the real king because of his inability to recognize a special sword. Ha Seon confessed that he was the clown. Sin Chi-soo promised to save Dal Rae (Shin Soo-yeon) if he was able to question Lee Gyoo (Kim Sang-kyung) himself and Ha Seon agreed.

However, he accused Sin Chi-soo of being the criminal. No one believed Sin Chi-soo when claimed that Ha Seon wasn't the king. People thought he was crazy and deserving of punishment. Ha Seon tortured Kwon Hae-hyo and sentenced him and Sin Yi-kyeom (Choi Kyu-jin) to death for treason.

"[Spoiler] "The Crowned Clown" Yeo Jin-goo Gets Revenge on Kwon Hae-hyo and Choi Kyu-jin "
by HanCinema is licensed under a Creative Commons Attribution-Share Alike 3.0 Unported License.
Based on a work from this source