[Spoiler] "The Duo" remains in top place besides decrease in rate 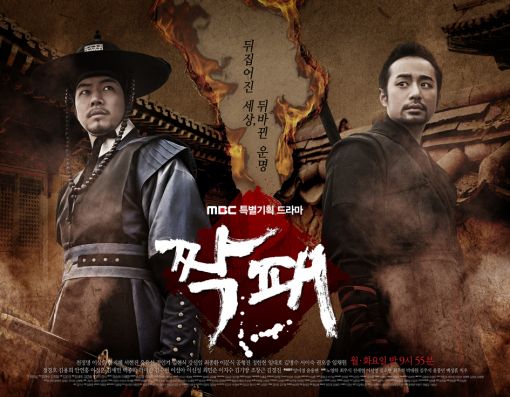 MBC drama "The Duo" slightly fell in viewer ratings but it still remains the top in Monday and Tuesday dramas.

According to AGB Nielsen Media Research, MBC "The Duo" recorded 15.3% on the 21st.

This is 2.4% less than the previous episode. However, it still remains undiminished in its first place.

In this episode, Gwi-dong (Lee Sang-yoon) and Cheon-doong (Chun Jung-myung) realize they have been switched. Cheon-doong discovers the red spot behind his neck just like his fathers. Gwi-dong then goes to find Mak-soon (Yoon Yoo-sun) and asks, "Am I your son?" and puts her into shock.

"[Spoiler] "The Duo" remains in top place besides decrease in rate"
by HanCinema is licensed under a Creative Commons Attribution-Share Alike 3.0 Unported License.
Based on a work from this source