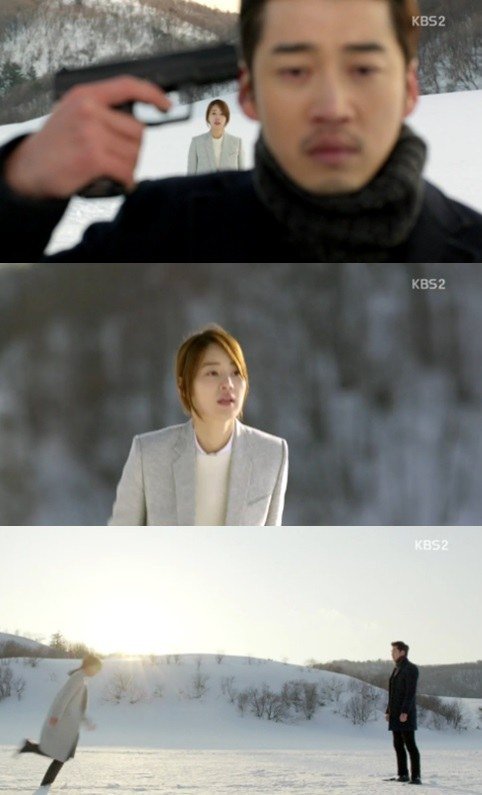 On the fifteenth episode of the KBS 2TV drama "The Full Sun", Jeong Se-ro (Yoon Kye-sang) found out his Park Kang-jae (Cho Jin-woong) had resented his father Jeong Do-joon (Lee Dae-yeon) and his father was dead because of Kang-jae.

Kang-jae took out a gun from his drawer and gave it to Se-ro saying, "Kill Me".

Se-ro demanded an apology from Han Tae-oh but Tae-oh's reaction made Se-ro put down the gun that he was pointing at him. Se-ro felt like he'd lost everything as he didn't even get an apology.

Se-ro decided to kill himself. Han Yeong-won (Han Ji-hye) ran to him and slapped him as he had a gun pointed to his head. She said, "You are Jeong Se-ro and you didn't hurt Kong Woo-jin (Song Jong-ho). You have been framed".

"[Spoiler] "The Full Sun" Han Ji-hye stops Yoon Kye-sang from killing himself"
by HanCinema is licensed under a Creative Commons Attribution-Share Alike 3.0 Unported License.
Based on a work from this source