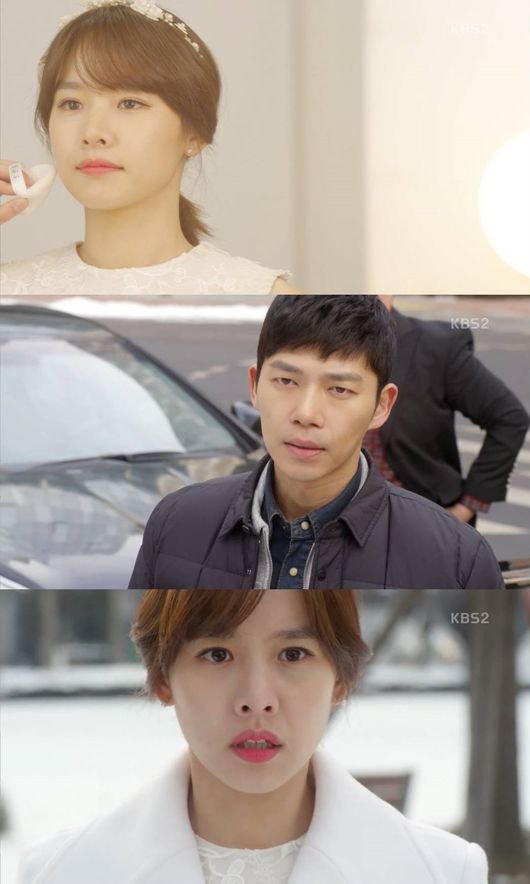 Na Yeon-sil (Jo Yoon-hee) was kidnapped on the latest episode of the KBS 2TV drama "The Gentlemen of Wolgyesu Tailor Shop".

Hong Ki-pyo (Ji Seung-hyun) followed her around and tried to interrupt her wedding. He threatened Yeon-sil and Dong-jin on the train and also sent them ripped up pictures of them via mail.

Despite his threats, Dong-jin and Yeon-sil got close to their wedding. However, Dong-jin found out Ki-pyo had been out of prison and downloaded a GPS on Yeon-sil's phone.

Ko Eun-sook (Park Joon-geum) found out about Kang Tae-yang's (Hyun Woo) and Choi Ji-yeon's (Cha Joo-young) past. She met Kang Tae-yang and told him to clear up the relationship with Min Hyo-won (Lee Se-young). However, Tae-yang said, "I can't do that. She's my everything. I can't breathe without her". Min hyo-won even said she wouldn't break up with her after getting slapped.

Eun-sook suddenly stopped talking. She was shocked by Hyo-won's words: "This would all be fine if I'm not your daughter, right?"

Tae-yang tried to bring Eun-sook back. He showed her how sincere he was as he knelt in her house for several hours.

Bae Sam-do (Cha In-pyo) realized his love for his wife once again thanks to her treatment. He told Bok Seon-nyo (Ra Mi-ran), "I will be double as good to you when you come back from surgery". When she came out, Bae Sam-do said, "I was going to follow you if something went wrong".

"[Spoiler] "The Gentlemen of Wolgyesu Tailor Shop" Jo Yoon-hee gets kidnapped on wedding day "
by HanCinema is licensed under a Creative Commons Attribution-Share Alike 3.0 Unported License.
Based on a work from this source