[Spoiler] "The Gentlemen of Wolgyesu Tailor Shop" Lee Dong-gun and Jo Yoon-hee about to get married, Ra Mi-ran about to die 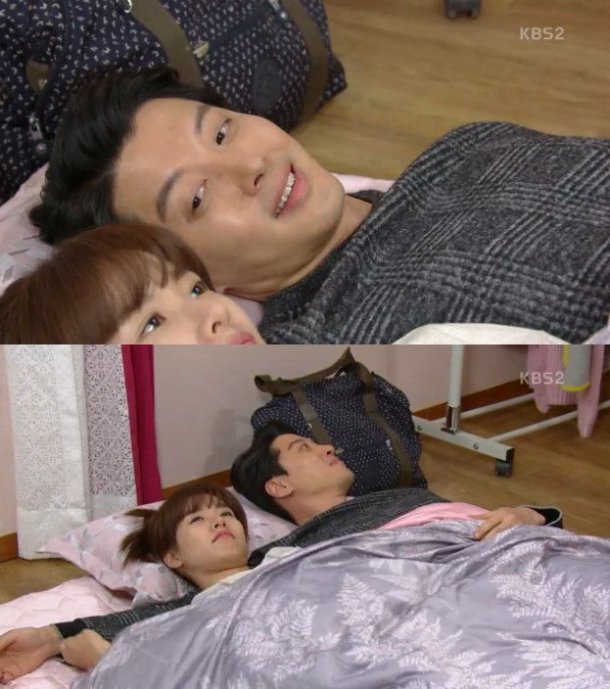 On, "The Gentlemen of Wolgyesu Tailor Shop", Lee Dong-gun and Jo Yoon-hee finally exchanged feelings for each other and Ra Mi-ran took her own portrait.

Yeon-sil (Jo Yoon-hee) came back to the tailor shop. Dong-jin (Lee Dong-gun) was very affectionate towards her and Yeon-sil pointed out that he was too much. Dong-jin said, "I think you'll disappear again. Something happens when you're not here".

The two got permission to get married. Dong-jin's parents said, "You two should get married quickly, before Hong Ki-pyo (Ji Seung-hyun) gets out of prison". Dong-jin and Yeon-sil were surprised. Yeon-sil said she could be dreaming and Dong-jin kissed her on the cheek and said, "I will make up for making you go through all that by taking care of you forever".

Min Hyo-sang (Park Eun-seok) and Choi Ji-yeon (Cha Joo-young) also got permission to get married. Ko Eun-sook (Park Joon-geum) said she'll think about it to Kang Tae-yang (Hyeon Woo) and Min Hyo-won (Lee Se-young). Min Hyo-won and Min-hyo sang were at it again to each other but in the end called in truce and decided to support each other. Kang Tae-yang also passed his teacher certificate examination and Min Hyo-won said it was all because of her.

Meanwhile, Seon-nyeo (Ra Mi-ran) prepared to die. She didn't even tell Bae Sam-do (Cha In-pyo). She cried saying, "I want to take a portrait of myself smiling. Sam-do I'm leaving first". Bae Sam-do who doesn't know anything thought she was going through menopause and said, "I can't leave my sick wife alone".

"[Spoiler] "The Gentlemen of Wolgyesu Tailor Shop" Lee Dong-gun and Jo Yoon-hee about to get married, Ra Mi-ran about to die "
by HanCinema is licensed under a Creative Commons Attribution-Share Alike 3.0 Unported License.
Based on a work from this source