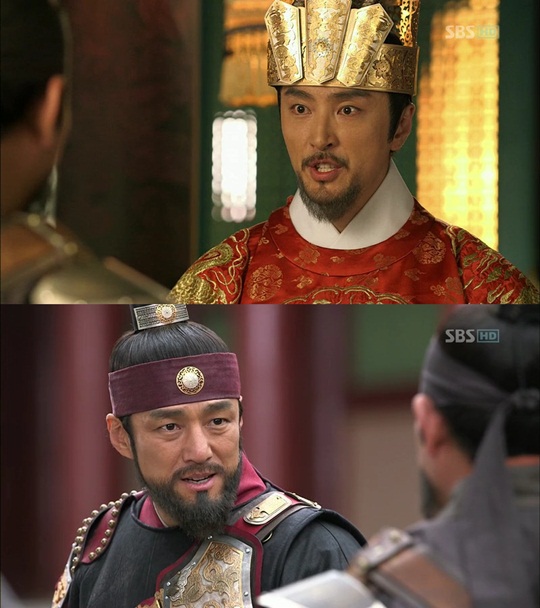 On the tenth episode of the SBS drama "The Great Seer", King Gong-min (Ryu Tae-joon) suspected his subjects in time of the Deokheung soldiers' rebel.

He received a fake oracle that he would win. King Gong-min wanted to get rid of the insiders of the Goryeo and told Choi Yeong (Son Byung-ho) to side with the Deokheung soldiers and suggest killing the king.

Choi Yeong said, "Don't you trust your subjects?" but the King insisted on finding the enemies from within and announced his plan at the military tactics meeting.

However, Lee Seong-gye didn't follow his orders. Choi Yeong told him the king's real plans but Lee said, "Are you planning on agreeing with this plan to test his subjects and set a trap? I have no intensions to join this plan".

In the end, the King's plan only weakened Lee Seong-gye's resolution to loyalty to the country. Viewers are curious to see if Lee Seong-gye who will later destroy the Koryeo and create the Chosun, withdraw his faith in the king.

"[Spoiler] "The Great Seer" Ji Jin-hee contemplates loyalty"
by HanCinema is licensed under a Creative Commons Attribution-Share Alike 3.0 Unported License.
Based on a work from this source