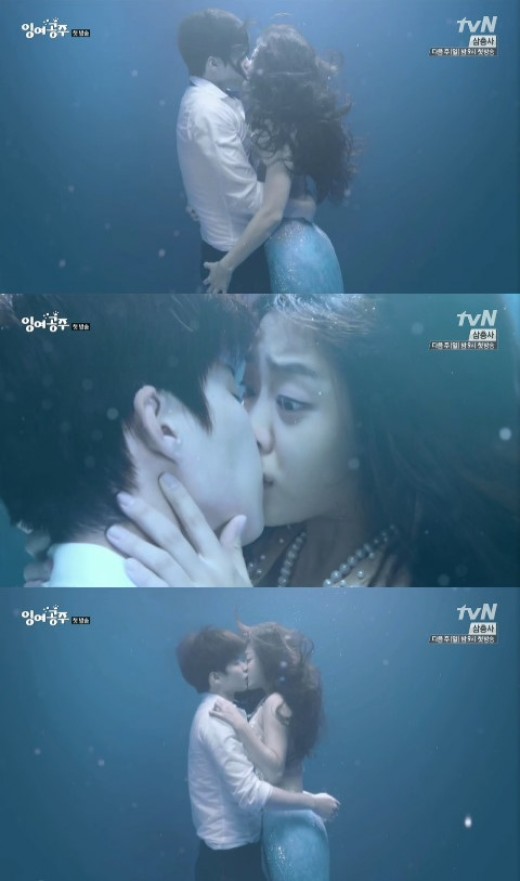 Jo Bo-ah kissed a human Song Jae-rim in the water.

In the first episode of the tvN drama "The Idle Mermaid", Erin (Jo Bo-ah) took sneak peeks at the handsome chef named Kwon Si-kyeong (Song Jae-rim) by the Han River.

Kwon Si-kyeong saw the mermaid tail and thought it was a fish. He took out his cell phone to take a picture but fell into the water instead.

Erin swam towards him and hugged him. She then kissed him and she thought to herself, "What's this funny feeling? It's so good".

"[Spoiler] "The Idle Mermaid" Jo Bo-ah and Song Jae-rim kiss in the water"
by HanCinema is licensed under a Creative Commons Attribution-Share Alike 3.0 Unported License.
Based on a work from this source