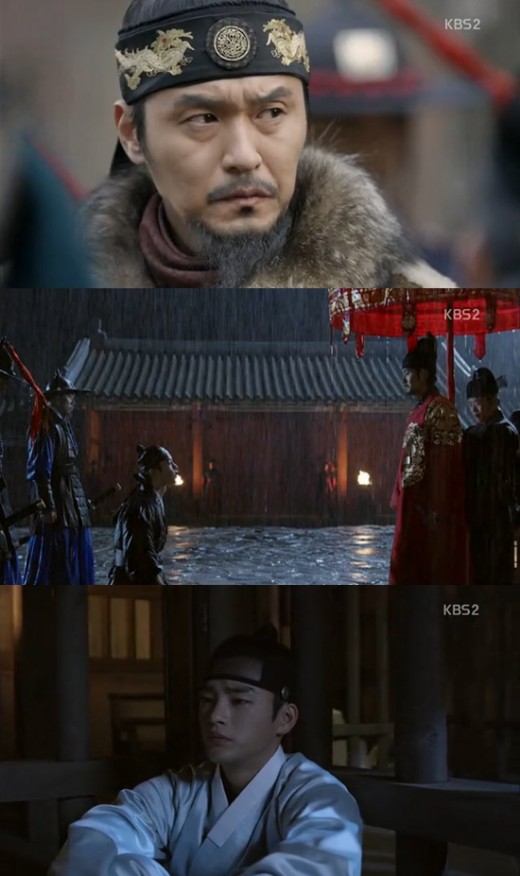 Gwang-hae (Seo In-guk) is jailed under a false accusation that he attempted to kill Won Duk-hyun.

On December 3rd's episode of KBS drama, "The King's Face", once Kim Ga-hee (Jo Yoon-hee) is offered to kill Seo In-guk, she plots to kill him.

Prince Sin-seong lies to Seonjo that Prince Gwang Hae attempted to hurt him and asked Seonjo to arrest him. Although Prince Gwang Hae claims he is innocent, he returns to the palace tied in rope.

Although the Head of internal division (Nae-geum-eui-jang) finds a dead dog shot by Kim Ga-hee's red bamboo arrow, while he was chasing a suspect who shoot the arrow, he reports that Seonjo couldn't find any trace of the suspect. Prince Gwang Hae claims himself that he will find the shooter and Seonjo orders to put him in jail.

"The King's Face" depicts a tragic love story about a love triangle between Prince Gwang Hae, who becomes a king as a royal bastard and his father, Seonjo.