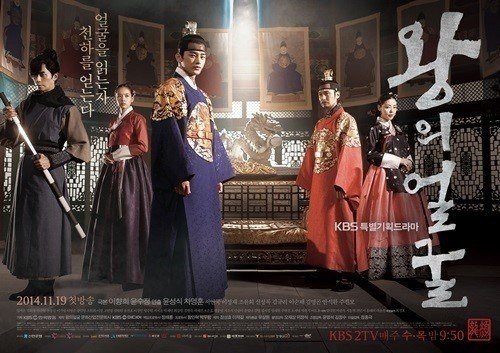 According to Nielsen Korea, the first episode of the drama "The King's Face" recorded 7.1%. This is 3.7% more than the final episode of "Blade Man".

The first episode started off with the story of Seon Jo (Lee Sung-jae) who felt anxious ever since he sat on the throne and became aggressive, and his son Gwang Hae (Seo In-gook).

Seon Jo changed the way of Gwang Hae's face using acupuncture. He decided there couldn't be two kings under the same sky so he ordered for the good signs on his face to be changed to an omen even though Gwang Hae was his son.

When Gwang Hae was taken hostage by a stranger who broke into the library, Seon Jo didn't hesitate to shoot arrows towards them.

"The King's Face" is the story of Gwang Hae who is born a concubine but ends up in the throne and suffers from dethronement and threats of murder. He uses the face as a weapon and overcomes his destiny.

"[Spoiler] "The King's Face" starts off well"
by HanCinema is licensed under a Creative Commons Attribution-Share Alike 3.0 Unported License.
Based on a work from this source