[Spoiler] "The Prime Minister and I" Yoona's positive energy 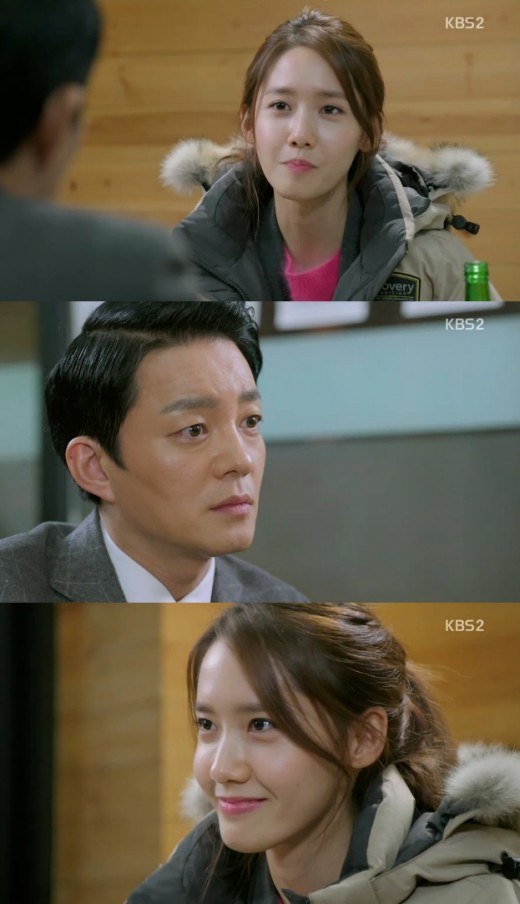 On the seventh episode of the KBS 2TV drama "The Prime Minister and I", Da-jeong (Yoona) comforted a sorrowful Yool (Lee Beom-soo) because of the crippled state affairs.

Da-jeong was advised by the owner of The Daily Scandal to assist her husband and she tried to cheer him up.

She said, "I don't know politics and I don't know what your choice is but I know this; you said you will become a prime minister who knows how to respect his people. I believe you will be".

They were obvious words of support but Yool felt her sincerity and smiled, saying, "You have a knack of making things seem so easy".

Da-jeong then wanted to give him a drink and took him to the kitchen and he asked, "Why are you being so good to me? What do I have to do for you?" and she replied, "I am your wife and this is what I do when you're in times of need. I am the wife of a Prime Mjnister".

Later on, Yool ran away from a line of reporters and showed excitement. Da-jeong then told him, "You know what? You look very nice when you smile". This episode made Yool think about Da-jeong once again and Da-jeong realized that the emotions she was feeling was love.

"[Spoiler] "The Prime Minister and I" Yoona's positive energy"
by HanCinema is licensed under a Creative Commons Attribution-Share Alike 3.0 Unported License.
Based on a work from this source