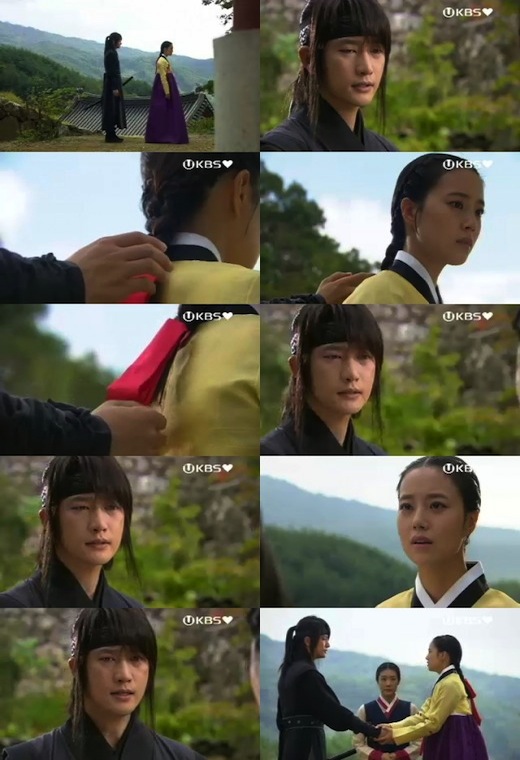 The woman ends ties with her father, cut her own hair and gave up her place as princess. The man felt plaintive because he thought everything was his fault.

Seung-yoo saw Kyeong-hye (Hong Soo-hyun) and Jeong-jong (Lee Min-woo-I) make their way off in exaltation. He found the place where Se-ryeong was just as Kyeong-hye had told him. Seeing her cut hair, he felt sadness and touched it.

Feeling someone was behind her, Se-ryeong realized he was behind her and was surprised. Seung-yoo ached more in the heart as Se-ryeong was walking the span of ice against her father who was General Soo Yang (Kim Young-chul).

Meanwhile, making sure of her feelings for him Seung-yoo took her back to where he lived.

"[Spoiler] "The Princess' Man" Park Si-hoo, plaintive at Moon Chae-won's cut hair"
by HanCinema is licensed under a Creative Commons Attribution-Share Alike 3.0 Unported License.
Based on a work from this source