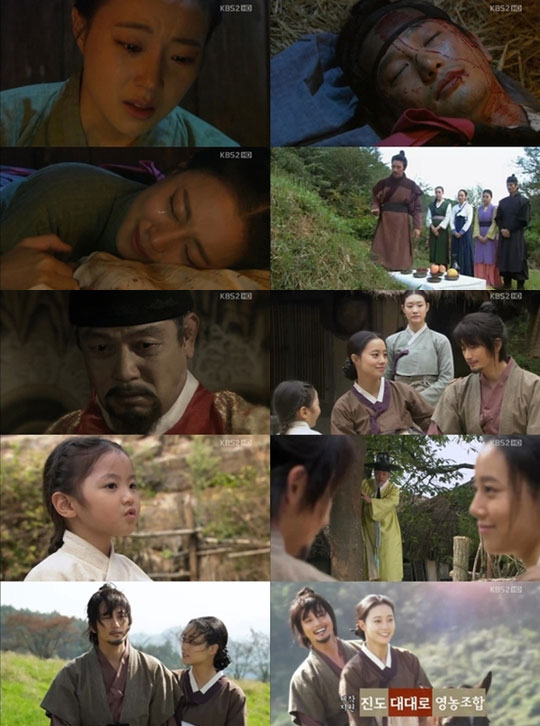 "The Princess' Man" ended with a twist and a happy ending.

The final episode showed Seung-yoo (Park Si-hoo) and Se-ryeong (Moon Chae-won) living happily with a child when Seung-yoo was thought to be dead.

Seung-yoo failed in his plans of revenge and died trapped in a cell while Se-ryeong was watching him, and she looked like she was about to follow his death too.

However, Se-ryeong's mother Yoon (Kim Seo-ra) had lied to Soo Yang and helped the two run far away to live happily ever after.

After time, Seung-yoo lost his eyesight and lived a poor but happy life with their daughter.

Soo Yang, regretting his actions as he thought his daughter was dead, found out that the two were living happily and smiled from far away.

Seung-yoo told Se-ryeong, "I lose my eyes but I found my heart back and I lost in my revenge but I found you" as the drama came to an end.

Those who have seen the twist of the drama say, "It was a great piece of work, a classic", "I am so touched by the twist", "I was happy watching "The Princess' Man" for the past few months" and more.

"[Spoiler] "The Princess' Man" twist, Seung-yoo's blindness and happy ending"
by HanCinema is licensed under a Creative Commons Attribution-Share Alike 3.0 Unported License.
Based on a work from this source