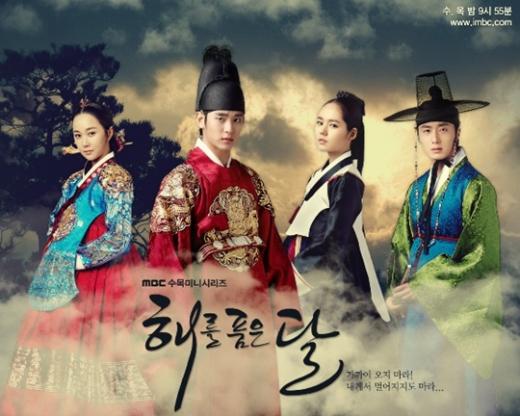 MBC drama "The Sun and the Moon" stepped over 30% and proved its might.

According to AGB Nielsen Media Research's January 27th report, the January 26th episode of "The Sun and the Moon" scored a viewing percentage of 31.7%. This is 2.0% more than the previous episode's 29.7%.

"The Sun and the Moon" had an overwhelming victory on January 4th compared to other dramas that were aired at the same time. It doubled the ratings of other dramas by its second episode and broke through 20% by the third episode.

As the baton was passed over to the grown-up cast in the seventh episode, there were many questions regarding their performances, but the ratings continued to rise.

On this day's episode, female shaman Wol, also known as Yeon-woo (Han Ga-in) entered the palace as a protector from bad luck. She guarded the prince Lee Hwon's (Kim Soo-hyun) side and exacted unexpected luck around him, but he didn't take the sleeping pill he was supposed to and asked who she was.

"[Spoiler] "The Sun and the Moon" goes over 30%"
by HanCinema is licensed under a Creative Commons Attribution-Share Alike 3.0 Unported License.
Based on a work from this source