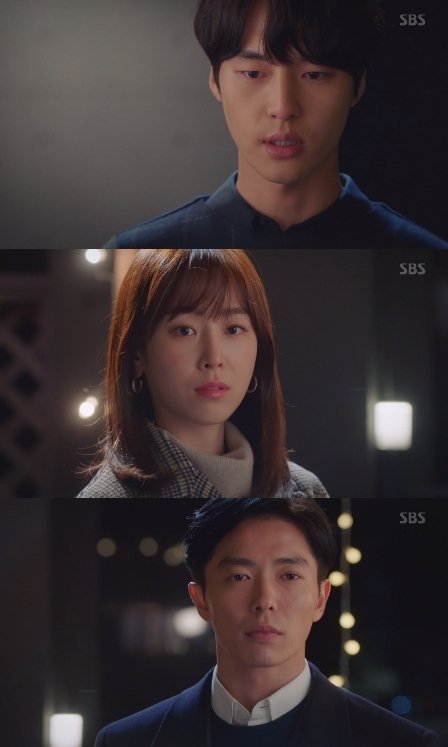 On the latest episode of the SBS drama "The Temperature of Love", Lee Hyeon-soo (Seo Hyun-jin) told Park Jeong-woo (Kim Jae-wook) that she loved On Jeong-seon (Yang Se-jong).

Park Jeong-woo introduced Lee Hyeon-soo to On Jeong-seon saying, "This is the woman I love".

On Jeong-seon called Park Jeong-woo to another room and asked, "How did you think about proposing to her without any emotional exchange?"

Park Jeong-woo said, "I was with her when you weren't".

On Jeong-seon asked, "Did you know she was my girlfriend? And you prepared a ring for her? What did I do to you?"

Park Jeong-woo replied, "Nothing, but I am mad at you because I can't be mad at her".

Lee Hyeon-soo was left alone with Park Jeong-woo and she said, "Remember I told you there was someone I loved, but he'd disappeared. I met him again and that's Jeong-seon".

"[Spoiler] "The Temperature of Love" Seo Hyun-jin tells Kim Jae-wook she loves Yang Se-jong"
by HanCinema is licensed under a Creative Commons Attribution-Share Alike 3.0 Unported License.
Based on a work from this source