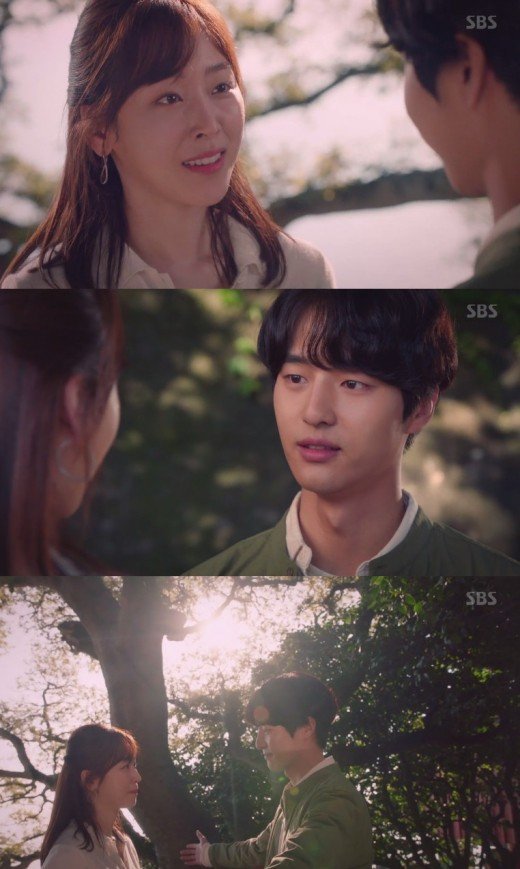 Hyeon-soo's (Seo Hyun-jin) confession to Jeong-seon (Yang Se-jong) reached him on the latest episode of the SBS drama "The Temperature of Love".

Hyeon-soo asked Jeong-seon why he came along the trip and he answered that he was bored. Hyeon-soo laughed and said, "Your honesty is the best merit about you, but you just degraded yourself". They reached the rock that grants wishes. They were happy with the fact that they could just be with each other without saying anything.

However, the romantic mood broke up when Hyeon-soo went to the bathroom and lost her way. Hyeon-soo couldn't stop thinking about Jeong-seon and realized how much she cared for him

In the end, they met and Hyeon-soo ran into Jeong-seon's arms. He comforted her. Hyeon-soo said, "I'm wrong. I was the wrong one. I ruined everything and pretended everything was fine. I ignored all the signals you gave me". She started crying.

Hyeon-soo then said, "I love you, I'm in love with you". Jeong-seon said he knew and held her tighter. It was a sweet reunion after five long years.

"[Spoiler] "The Temperature of Love" Yang Se-jong and Seo Hyun-jin finally reunite"
by HanCinema is licensed under a Creative Commons Attribution-Share Alike 3.0 Unported License.
Based on a work from this source