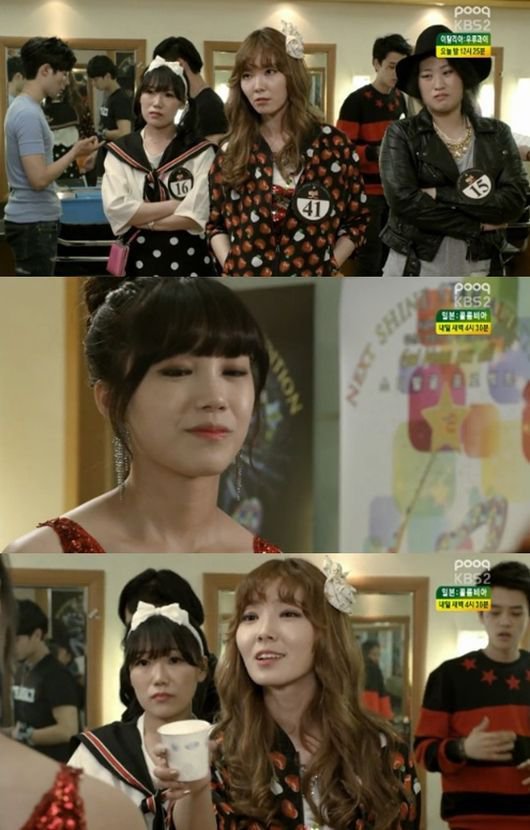 Choon-hee went to the audition in a shiny red dress. Joon-hyeon was in the elevator with Choon-hee when he met his ex-girlfriend Soo-in (Lee Se-young). Soo-in looked at Choon-hee and said, "You're the one recommended by Jo, aren't you? Everyone's asking about you".

In the waiting room, Pil-nyeo (Shin Bo-ra) appeared in front of Choon-hee and said, "Hey, don't you see the water tank is empty?", then made her change it.

She also gave a cup to Choon-hee and said, "Is there a problem with asking you for water?" Soo-in retrieved water for her instead, to suck up to Pil-nyeo.

Pil-nyeo pointed out Soo-in's outfit and sneered, "Are you singing trot?" However, Pil-nyeo herself had stage fright and came down crying.

Meanwhile, "Trot Romance" is a romantic comedy about a girl who puts everything on the line for trot and a genius start musician who hates trot.

"[Spoiler] "Trot Romance" Shin Bo-ra appears as gang leader"
by HanCinema is licensed under a Creative Commons Attribution-Share Alike 3.0 Unported License.
Based on a work from this source