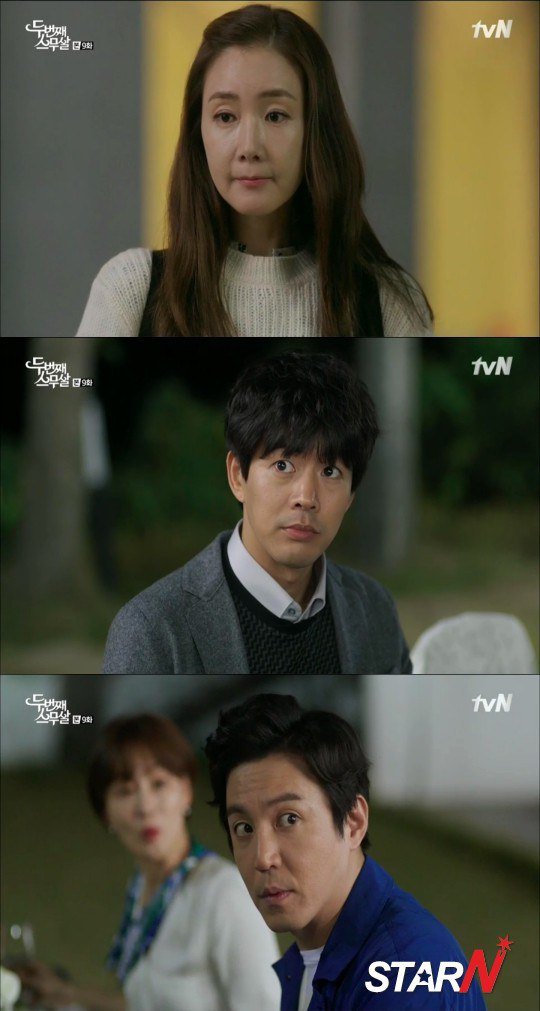 On this day, when Cha Hyeon-seok noticed Ha No-ra eating food too fast, he told her, "Ha No-ra, slow down, you eat too fast". When Kim Woo-cheol saw this, he thought, "What do you think who you are taking care of her?".

Kim I-jin told Ha No-ra, "I saw you dancing during the festival. Did you do dancing before?" Ha No-ra answered, "I did when I went to high school" and "I just happened to end up going on the stage inadvertently because someone got injured". Choi Won-young thought, "Inadvertently? Not because of me?"

On this episode of "Twenty Again", Kim Minsoo (Kim Min-jae-I) found out that Kim Woo-cheol and Ha No-ra agreed to get divorced.

"[Spoiler] 'Twenty Again' Lee Sang-yoon and Choi Ji-woo look friendly with each other, Choi Won-young gets jealous "
by HanCinema is licensed under a Creative Commons Attribution-Share Alike 3.0 Unported License.
Based on a work from this source