[Spoiler] "Two Weeks" Lee Joon-gi dresses up as a woman 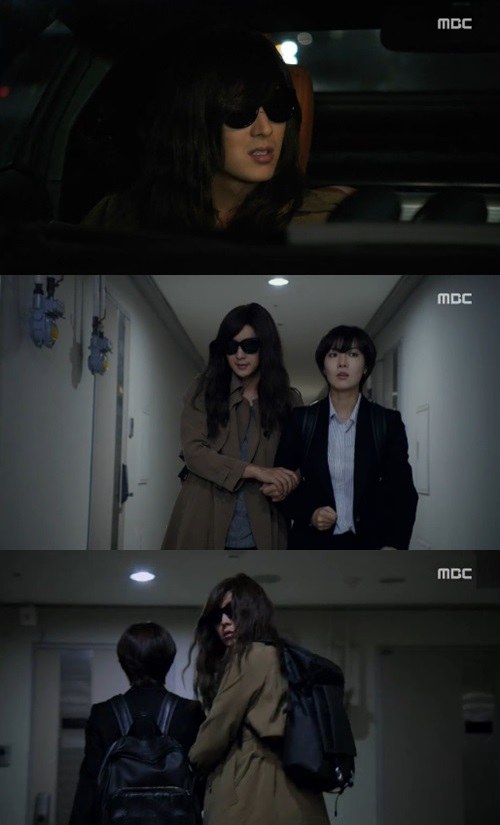 Lee Joon-gi disguised himself as a woman.

On the eleventh episode of the MBC drama "Two Weeks", Jang Tae-san (Lee Joon-gi) and Park Jae-kyeong (Kim So-yeon) had a secret meeting.

Jang Tae-san said he wasn't there to surrender and suggested capturing Moon Il-seok.

Park Jae-kyeong took him to her home and gave him dinner for saving her life.

They dressed him up as a woman to hide the fact that they were moving together.

Park Jae-kyeong said she'd lose her job if it turned out she was running with an escapee as Jang Tae-san complained about the make-over.

"[Spoiler] "Two Weeks" Lee Joon-gi dresses up as a woman"
by HanCinema is licensed under a Creative Commons Attribution-Share Alike 3.0 Unported License.
Based on a work from this source